Despite some major issues in the Japanese movie industry, mostly having to do with the lack of a middle ground between independent and blockbuster movies and continuous denial of some major companies to allow their movies to screen outside Japan, 2019 has been quite a good year for local cinema. The international festival circuit gave a lot of films the opportunity to both screen and find some source of funding outside Japan, while creativity (despite the fact that it derives from manga and novels mostly) remains one of the most significant traits of Japanese cinema.

Without further ado, here are the best Japanese films of 2019, in reverse order, with the focus being, as always, on diversity. Some films may have premiered in 2018, but since they mostly circulated in 2019, we decided to include them. (By clicking on the title, you can read the full review of the film)

At the same time, one could say that the film also deals with four different kinds of people connected with the island: The ones who stay there, the ones who just visit, the ones who return, and the ones who leave. Through these different kinds of people, Kishimoto highlights the impact the island (and in essence all remote areas) has on people. And while the permeating sense is one of hopefulness, there is also a sense of bitterness for the fact that most people, and particularly the young, want to leave and move to the urban centers. (Panos Kotzathanasis)

“Just Only Love” is sincere, intelligent, realistic, thorough and quite entertaining, in an impressive package that strays far away from the silliness of the romcoms. Definitely one of the best indie films of the year. (Panos Kotzathanasis)

A few friends close to tiger make an observation which I think best sums up the production. That it took years of interacting with the enigmatic figure before they were able to make any sense of him. Those statements really frame the shortcoming of the documentary. However, looking at “Shinjuku Tiger” for it’s entertainment value, the film does exceed in capturing the man’s charm. In writing this review it became a bit difficult to offer critique as it felt a bit disingenuous towards a man who exudes so much positive energy in the world around him. Overall, Tiger exists as a fascinating figure within Shinjuku and his natural charm can be felt throughout the production and the documentary serves as a nice monument to a figure that would otherwise go forgotten outside of his community. (Adam John Symchuk)

But what Sekine creates is a very absorbing watch, despite this slightly extended lecture feel. The breaking-up into various chapters with clear switches in the story maintains interest throughout. We start with Okamoto’s influences, notably his parents raising him to be an individual and his time spent in Paris, before moving into what his intentions for the Expo were. How Okamoto took theory learned while in Paris and used this to try and explore Japan are looked into, showing the Tower to have a meaning far beyond the Expo itself; more a critique of life as a whole. There are enough different perspectives throughout to provide enough food for thought, not getting bogged down too much in one of two ideas. Jemapur’s soundtrack also provides a nice backdrop to the clips shown, blending the old with the new. (Andrew Thayne) 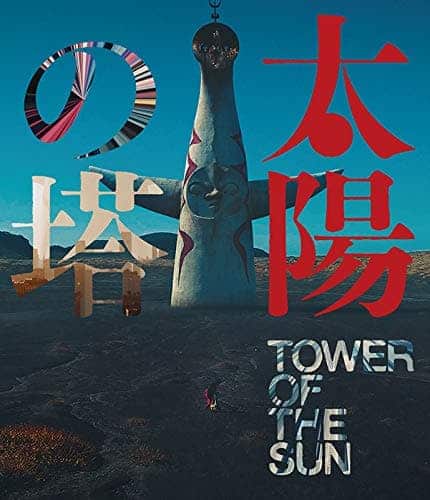 Aimi Natsuto creates a gentle and intelligent comedy, which is eagerly associated with Rohmer’s oeuvre. Her strong cinephile passion and inspiration by the European cinema are noticeable at every turn, which makes ‘Jeux de plage’ even more pleasant and interesting to watch. Despite all the artistic values of this modest but successful film, the strongly feminist attitude of this young Japanese director deserves particular attention. (Ina Karpinska)

Mei Kayama as Yuma is the star of this film. Her acting is natural and exhibits a shy character with a strong inner demand to find the right place in this world. She gives authenticity and truth to her role. The audience can relate to her situation, evoking compassion and ultimately equality. “37 Seconds” has a disabled main protagonist, but makes no difference between her problems and the problems of non-disabled persons. Yuma’s application is rejected because she never had a sexual relationship. Like a lot of young Japanese, she gains her experience and imagination from porn. Japanese as a nowadays so-called “sexless” society is therefore handicapped, too. (Alexander Knoth)

Filled with a completely engrossing story that blends genres effective, fantastic performances by good looking actors and similarly attractive cinematography, “Day and Night” proves to be a strong entry in director Michihito Fujii’s filmography and one that deserves to be sought out. (Rhythm Zaveri)

But Cocoa is determined to be her own woman and not be forced into decisions. The discovery of her starring in the videos blows her chance of escape, with the school overturning its decision to offer her a scholarship to study at university. But she takes full responsibility for her actions and will lead her own life. She refuses to squash living creatures with her feet after offers of more money to do so; she refuses stolen money; and her father gambling with her future seems far from an option she will rely on. Far from destructive, the Demolition Girl wants to make her own life, and she will do it legitimately and on her own. (Andrew Thayne)

Director Riho Kudo uses emotions and moods as a storytelling device where the narration leaves some opacity here and there. The story is lightly penciled, and then brought to life with vivid brush-strokes of intense emotions. Watching Emma fending off her derangement, worsening rapidly and going from concerned confusion to oblivious dementia is gut-wrenching. “Orphan’s Blues” is a film that gets under your skin and Yukino Murakami really shines in Emma’s role, giving a very physical performance with only sparse lines of dialogue. (Adriana Rosati)

Apart from the performances of his cast, most importantly Nana Komatsu and Takeruh Sato, one of the great positives of the film is the visualization of the marathon itself. Using parallel montages of the approaching assassins, Rose and cinematographer Takuro Ishikaza highlight the dynamics and dramatic value of the situation without relying on steadicams. Instead “Samurai Marathon” shows the beauty of the Japanese landscape, a setting which is quickly changing into a battlefield once the assassins have arrived. Additionally, the score conducted by Philip Glass underlines the sense of urgency of these scenes, while also emphasizing the idea of a country at the brink of change. (Rouven Linnarz)

Interview with Ken Ninomiya: The absurd flow of information, the indifference to others, and the lack of awareness of the times we live in...