2019, the centennial of South Korean cinema, proved to be an interesting year for the country’s film industry. Where mainstream cinema saw great commercial and critical success with films like “Parasite”, “Extreme Job” and “Exit”, independent and arthouse cinema also thrived, with several films winning important awards at film festivals around the world. This last aspect is probably the most hopeful for Korean cinema, whose independent part has been suffering for years, but through a number of initiatives, mostly coming from Busan International Film Festival, seems to start picking up again. The success of those films is still festival-driven and not distribution-driven, but the fact remains that something seems to be changing in the Korean movie industry, as the people “running the show” begin to realize that they cannot continue in the exactly same path that kickstarted the success of local cinema more than twenty years ago.

Without further ado, here are the best Korean films of 2019, in reverse order. Some films may have premiered in 2018, but since they mostly circulated in 2019, we decided to include them. (By clicking on the title, you can read the full review of the film)

There was quite a lot to like with ‘Rampant.’ Among its finest qualities is the manner in which the zombie outbreak is being loosened upon the populace, infecting the outer regions of their control and slowly working towards the capital. With a special rename into Demons which is appropriate enough for the time period of the film, the action on display takes on nearly a wuxia form of interplay, courtesy of Action Choreographer Kim Tae-kang. As this includes some fascinating jumping and wirework stunts with the infected shown to be quite athletic in addition to more traditional shambling hordes style zombies, there’s plenty to like with the rampaging hordes loosened upon the city, creating all sorts of havoc. (Don Anelli) 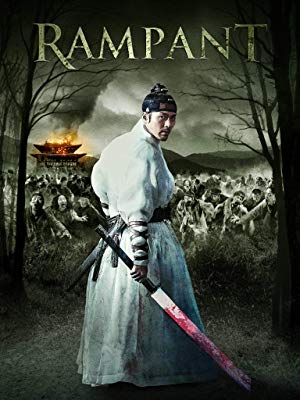 Director Yoon Ga-eun reconfirms her brilliant ability to knee down at child high and see the world through their eyes. Her direction of the kids and her trademark casting process that involves lots of time and dialogue with them and, more than anything, an open heart for listening and accepting inputs and ideas from the little ones, makes her films almost borderline-documentaries. (Adriana Rosati)

In a time when Kim Ki-duk seems to be moving towards a direction that has made him a “persona non grata” in the movie world, it is always good to find directors that have been influenced by him and actually carry his artistic legacy. However, in this case, in a more contemporary/not so decadent fashion, and with a humor that seems to draw much from Park Chan-wook, while one could also find some elements of Takashi Miike’s style, from “Visitor Q”. What is even more impressive is that “The Uncle” is actually a debut. (Panos Kotzathanasis)

The value of the documentary as a medium of recording lives and events, and subsequently, as a tool whose purpose is not to let people forget, finds one of its apogees in this particular documentary. “Alpinist: Confession of a Cameraman” is a true requiem for a number of Korean alpinists who lost their lives in the mountains, but most of all, a tribute to the late mountain film director Lim Il-jin, who died along the entire expedition to Mt. Gurja, in 2018. (Panos Kotzathanasis)

Kim Hee-jung’s new feature ‘A French Woman’ infuses her experimental approach seamlessly within its bleak environment. Ambiguity is a virtue in this case which rewards us with witnessing everything like a first-hand experience. Due to the very nature of its narration, we are just as scared to trace down her memories as she is. (Akash Deshpande)

A whirlwind, vertigo-inducing journey over the Seoul skyscraper rooftops, “Exit” may not be entirely unpredictable but it more than makes up for its shortcomings with quintessentially Korean humour and thrilling set pieces anchored by likeable performances from Jo Junk-suk and Yoona. (Rhythm Zaveri) 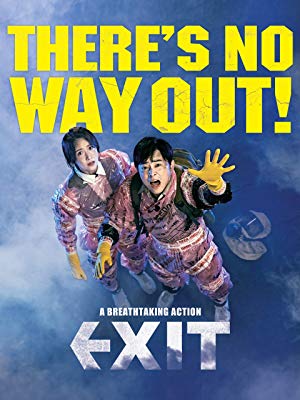 The children and their innocence are critical to the drama and they do their bit well, especially with dialogue delivery. The story unfolds in such a way that there is little scope for the events and happenings around to be of any concern or relevance. It would have looked pretty much the same in any place or culture. There is an extreme focus on the story and emotions. (Arun Krishnan)

Director Cha Sung-duk’s drama is an emotionally gripping tale of guilt, penance and retribution, where a relatively simple framework is enriched by nuanced emotions, delivered with measure and control. The film never derails in pure tear-jerking territory but the undercurrent intensity of the emotions is constant and deeply affecting. Actions and consequences create a sense of foreboding that pervades the whole film, and a certain dose of predictability serves the purpose. We know that the loan service is a scam and it’s harrowing watching Young-ju falling in the trap. We know that confronting the man responsible for her parents’ death is not a good idea but we watch it happening and, moreover, the moment we realise that Sang-mun and Hyang-sook are good people, fighting with their own demons, we know Young-ju is bound to get hurt. (Adriana Rosati)

As a history lesson, “A Resistance” works quite well. Yu Gwan-sun’s is a story that is very well known within the Korean peninsula but outside of it, she remains a fairly unknown figure till now. The film represents her, her activities and ideologies with reverence. It also manages to capture the atmosphere of the resistance against the Japanese well, as it portrays the living, working and surviving conditions of the prisoners. Those with an interest in history as well as the lives and struggles of freedom fighters in oppressed countries will appreciate the authenticity with which the script, by Jo Min-ho, depicts them. The scenes of the Japanese soldiers mistreating the inmates are shocking and wince-inducing, though the camera tends to shy away at crucial junctures, instead deciding to show the psychological effects of the torture. (Rhythm Zaveri)

Overall, “Birthday” is a relevant, emotionally driven drama in which even the tiniest actions have significance in the bigger picture of living with and facing trauma. Lee, with the help of her amazing cast and crew, gives us a harsh but truthful piece about a people and a society that has just started to deal with a recent tragedy. (Arman Fatic)

Trailer for Upcoming Korean film “Another Child” by Kim Yoon-seok