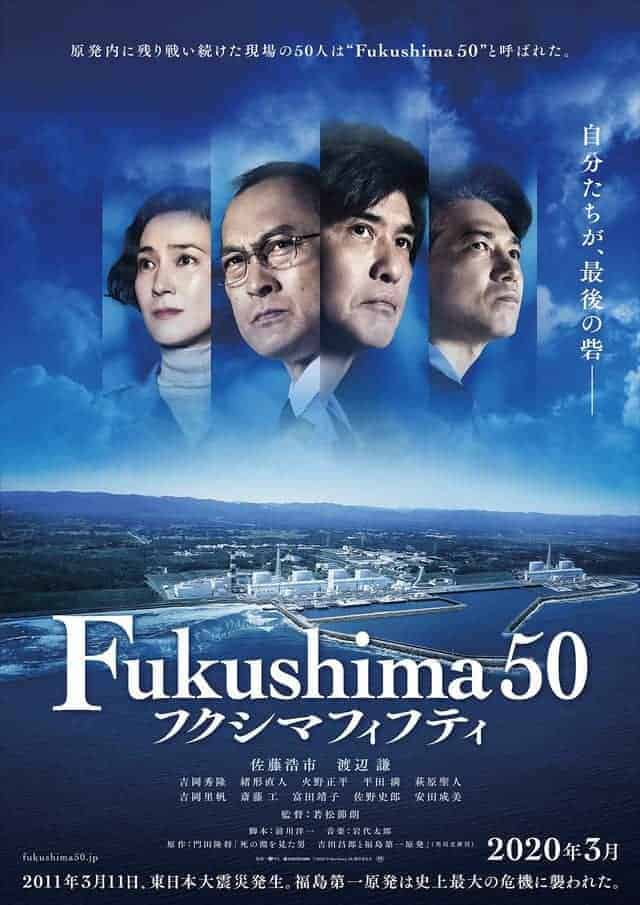 Japanese director Setsuro Wakamatsu (“The Unbroken”, Snow on the Blades”) latest film “Fukushima 50” is set for theatrical release in March, 2020. “Fukushima 50” refers to the 50 employees who stayed back to try to minimize the damage after the crippling of Fukushima Daiichi Nuclear Power Plant on March 11, 2011. The film is based off of the non-fiction novel “Shi no Fuchi o Mita Otoko: Yoshida Masao to Fukushima Daiichi Genpatsu no 500-nichi” by Ryusho Kadota.

Shochiku, in anticipation of the films release, has made a trailer available, which can be viewed below.

A magnitude 9.0 earthquake strikes at 2:46 PM on March 11, 2011. The earthquake triggers a giant tsunami that hits the Fukushima Daiichi Nuclear Power Plant. Toshio Izaki (Koichi Sato) works at the nuclear power plant and he must make a difficult decision. Masao Yoshida (Ken Watanabe) is a manager at the nuclear power plant. He manages the situation as best as he can and communicates with the company headquarters. The Japanese Self-Defence Forces moves in, as as does the U.S. armed forces. Meanwhile, 50 workers stay at the site and fight to contain the horrific disaster. (Asian Wiki)