In 1999, Miike suggested to the producer of Shinya Tsukamoto’s film, “Gemini” to shoot a documentary on the film’s production process, since he was very interested in the director’s method of filmmaking. Miike was granted permission, but since it was impossible for him to attend the entire shooting period, he allocated recording duties to Seiji Minami, who remained present for the entire production, shooting with a small DV camera. In the end however, only 17 minutes of the documentary were included in the Japanese version of the DVD of Gemini. (Source: “Agitator” by Tom Mes) 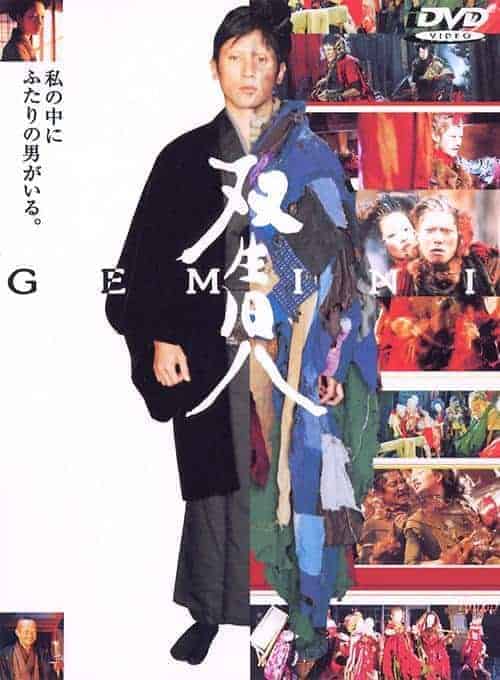 The documentary starts with some clips from the movie accompanied by the great theme by Chu Ishikawa, before Miike starts presenting the actual shooting process. Since Tsukamoto was also the DP of the film, a number of scenes feature him shooting the action in guerilla fashion, on top of carriages moved by his assistants or a number of travelling and tracking shots on camera dollies. Seiji Minami was pretty close to the actual shooting, and thus the documentary features a number of shots that present the perspective of the actors.

The overall atmosphere seems to be loose, with the actors laughing repeatedly, particularly during the violent scenes. At the same time, the guidelines Tsukamoto gives and the ways the actors rehearse and prepare for the scenes are also depicted.

A bit later, the documentary takes the form of a music video, again with Ishikawa’s music, this time showing the extensive job done on hair and makeup. The scenes in the troupe’s living area are succeeded by rehearsals for the dancing sequences, while the green screen implementation also gets a few minutes. The documentary finishes with the most impressive part of the production, the dried up water well scenes. In this case, we see that the crew actually built a rather high construction, with the scenes in the bottom of the well taking place in the lowest levels, and the mocking of Sutekichi in the top.

In a bit over 16 minutes, the film does not show much about the actual atmosphere of Tsukamoto’s sets, but through a rather fast pace, manages to depict as much of his technical procedure as possible. Furthermore, the two sequences accompanied by music are quite entertaining to watch, and the end product is definitely interesting. Too bad that we could not watch a more extensive effort.