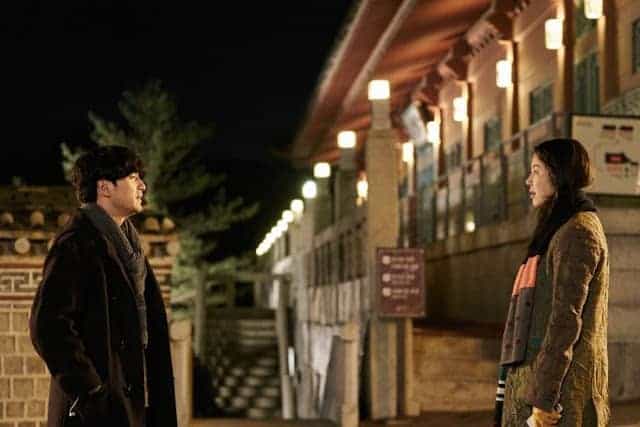 “A Tiger in Winter” made its international debut at the 2018 International Film Festival Rotterdam – IFFR. It’s the third feature by director Lee Kwang–kuk who also pens the screenplay.

The movie begins with Kyeong-yoo (Lee Jin-wook) waking up to his girlfriend’s voice; however, this winter morning is not like the others. A tiger has escaped from the zoo and Kyeong-yoo had lost his job the previous day. Furthermore, his girlfriend asks him to leave the house during the weekend since her parents had decided to visit her, unaware of the presence of her boyfriend. Without much of a choice Kyeong-you, with only one piece of luggage in hand, visits his only friend and requests a place to stay. The displeasure is evident on his friend’s face; nevertheless, he accepts to host his friend after Kyeong-yoo arrives again at his door for the second time being completely drunk.

“A Tiger in Winter”  screened at International Film Festival Rotterdam 2018

Kyeong-yoo has to make ends meet, and after a little of a job hunting, he starts to work as a substitute driver. One night he receives a called from a client. This is none other than Yoo-jeong (Ko Hyun-jung), an ex-lover of his. Yoo-jeong is an award-winning novelist but now struggles to live up to her reputation. In addition to this, she is consistently missing deadlines and this leads her to find consolation in alcohol. The fateful meeting between of the two brings Kyeong-yoo memories of his past when he wanted to be a successful novelist and these will affect his future.

It’s quite evident by the premise of the film that the narrative walks a thin line between pragmatism and surrealism, with the second part leaning towards the latter. This is noticeable especially in the scene where Kyeong-yoo receives a phone call from a woman to transfer her with her van in an isolated place. At the beginning, this set seems misplaced and out of proportion, but Lee Kwang-kuk masterfully establishes a link between this scene and the movie’s final sequence.

Also, the title of the movie is carefully selected as a metaphor that becomes apparent mainly at the end of the movie. The tiger is our fear of failure. In other words, it is the fear of not living up to expectations, others and ours.  When we encounter the “tiger” we must not run away but we must face it and look straight at its eyes. For the sake of our passions, we are obliged to overcome our deepest fears.

As for the technical part, director Kyeong-yoo and director of photography Kim Hyung-koo choose to utilize the long takes and hold the camera steady for each frame. The steady camera, in combination with the blurring background, gives focus to the main characters who speak and interact in each scene. In this fashion, the emphasis is given to the people, to their expressions and their feelings. The actors have in this manner the responsibility to carry out the whole scene, and they do not disappoint.

Particularly Ko Hyun-Jung is utterly convincing as the troubled Yoo-Jeong.  She proves one more time how tremendous actress she is, even though the projects that she has participated in are limited. On the other hand, a pleasant surprise is Lee Jin-wook who demonstrates considerable improvement in his acting and unfolds a vast potential as an actor. Specifically, the first scene in the house of his ex-lover Yoo-Jeong is outstanding. The acting by Lee Jin-wook is so natural and the heart-breaking conversation between him and Yoo-Jeong can move viewers’ heart.

What makes also a strong impression is the lighting by Lee Ui-haeng. Even though the movie is set in winter, the setting and the dazzling light comes in contrast with the winter season. Especially the sunbeams through the windows are very vivid and give a sense of hope, despite the undermining pessimist feeling.  On the contrary, the only movie’s drawback is the scene where two drunken customers argue with Kyeong-yoo which degrades the aesthetics of the movie.

“A Tiger in Winter” is a movie worth watching. The simplicity of its story is its beautifulness: a man after hitting rock bottom, professionally and personally, after bumping into people from his past he discovers his true purpose of life.

Film Review: The End Will Be Spectacular (2019) by Ersin Celik