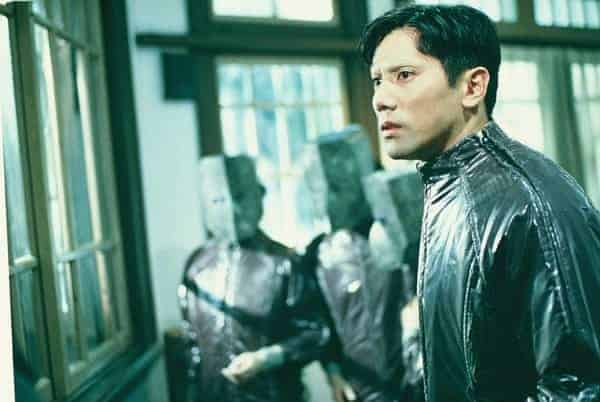 Straying far away from the techno-industrial style of the two Tetsuo, Shinya Tsukamoto based this particular film on the homonymous Edogawa Rampo story that takes place in the Meiji era, in order to present a mystery/thriller/costume drama combination, which, once again though, thrives on visual and contextual deliriousness. 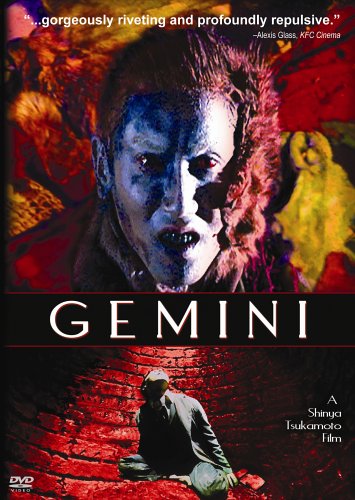 The film revolves around Yukio Daitokuji, a famous doctor who was decorated for his services during the war, and has now succeeded his father in the practice, amassing fame for both his past deeds and his present. Yukio seems to live a very happy life in the family mansion, with his parents and his beautiful wife, Rin. However, not everything is idyllic in his life. His parents disapprove of his wedding, since Rin is an amnesiac who Yukio found in the banks of a nearby river and took in, and no one knows anything about her past. At the same time, the poor of the area seem to detest him, since he does not care for treating them for the plague that has been running wild in the nearby slums, but instead prefers to deal only with wealthy and “respectable” patients, a tactic that brings tension with his wife.

At some point, a very annoying smell starts permeating the house, someone seems to lurk around at nights, and even worse, his father is soon found dead. Yukio handles it well, but his mother is devastated and starts blabbering about inheritance issues while her disapproval for Rin becomes even more palpable. However, she is also found dead after a while, and things become much worse for Yukio, when his doppelganger, Sutekichi, appears and proceeds on trapping him into a well, assuming his identity. Soon all secrets start being revealed…

Shinya Tsukamoto directs a film that is split into two very different parts, with the appearance of the doppelganger functioning as the dichotomy. The first part is dominated by the intensely ominous, polyphonic music of Chu Ishikawa, the franticly frequent and quite disorienting cuts of Tsukamoto, and the intense camera movement, all of which give a rather horrific, but well “choreographed” rhythm to the movie. The movements of the maids, the absurd dance of the doppelganger and every single detail all point towards the same tactic, which results, as usually in Tsukamoto’s oeuvre, in the film functioning much like an extreme music video. At the same time, the similarities with “Horrors of Malformed Men” are more than palpable, something that actually continues to the rest of the movie.

This sense of absurd horror is toned down in the second part, which is much slower in rhythm, as Tsukamoto takes his time to present the past of the protagonists, and their connection to a group of performers. However, the same does not apply to the visuals, with the costumes and the overall appearance of the protagonists becoming much more vivid, motley even, as is the case with the makeup and the overall coloring. This part also includes some moments of sensualism, although Tsukamoto’s approach is artistic rather than titillating.

This part actually focuses on context, with Tsukamoto presenting his social and philosophical comments. Racism, the segregation of Japanese society, human nature and the way people tend to harbor dark secrets, jealousy, the loss of identity are all explored in this half, again through an extreme story, that works, however, quite well in the narrative.

The acting is in perfect resonance with the film’s aesthetics. Masahiro Motoki is impressive in a dual and quite opposite roles that have him as the spoiled, ignorant son of a wealthy family on the one hand, and as the vengeful, paranoid villain on the other. Tsukamoto had him remove his eyebrows almost completely, and this actually adds to the eeriness of his performance. Ryo as Rin is also exceptional, with Tsukamoto getting the most from her eerie voice, her nymph-like appearance, and the overall harmonically fluid motions of hers. At the same time, the way she unravels as she is trying to understand the true nature of the man next to her is impressive in its theatricality, with the same applying to the way she portrays both the villain and the innocent girl. Lastly, Tsukamoto included a number of famous actors in small parts, including Renji Ishibashi, Akaji Maro and Tadanobu Asano, which definitely adds to the appeal of the film while the presence of author Yasutaka Tsutsui (Paprika, The Girl Who Leapt Through Time) can only be perceived as a cult move.

Tsukamoto proved with “Gemini” that he could be equally provocative and artful in different genres, while managing to present a movie that stood out from the J-horror wave that was about to blow up at the time, by implementing a rather more extreme approach, particularly in the rhythm of the movie.

Documentary Review: The Making of Gemini (2000) by Takashi Miike