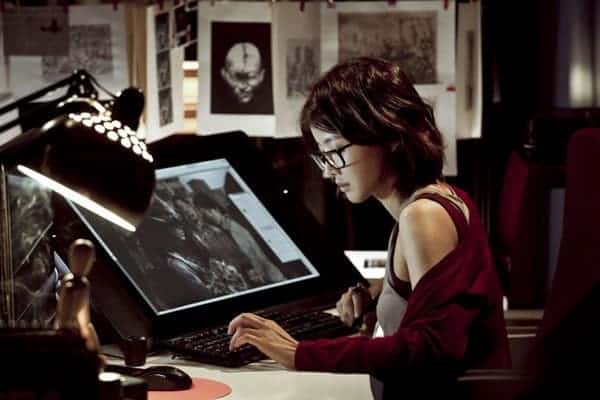 Bordering on the fine line between sanity and madness as she writes her thriller webtoons, comic writer Kang Ji-yoon gets entangled in a series of mysterious murders that are the exact replicas of her imagination. 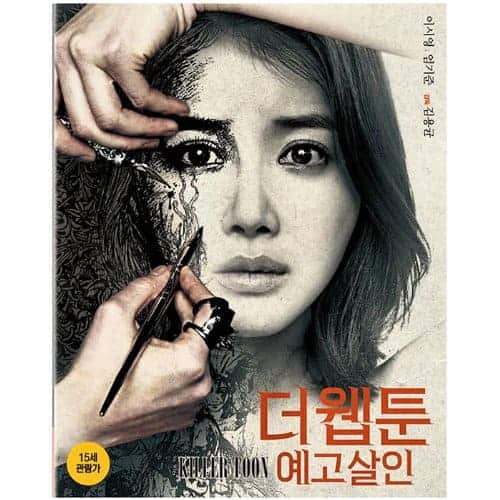 The first act opens in an anonymous office, late evening. Kang’s most recently completed draft is seen being sent over to editor Seo Min-sook for approval. Much to Seo’s horror, the draft closely depicts her concealed past and predicts every movement she’s now making. Next thing we know, Seo is dead on the floor, her bloodied face half dismembered. Detectives are summoned, and clues from the crime scene quickly lead them to Kang, whose newly written webtoon once again uncannily mimics the death of embalmer Jo Seon-gi, despite the timely intervention of both Kang and detective Lee Ki-cheol.

Vacillating between what’s real and unreal, thriller conventions and prenatural elements, “Killer Toon” pries into the brutality that rests under the skin of humans. The film is a competent treatise on humans’ selfishness, cruelty, and unfettered lust, all of which prompt us to do horrible things to our loved ones and innocents. In a world as that of “Killer Toon”, it’s hard to say whether humans or ghosts are scarier, and sometimes, it is human’s very nature rather than the uncanny presence of supernatural creatures that truly make our skin crawl.

For all the high expectations that it initially sets, “Killer Toon” unfortunately falls short of delivering on what it seems to promise at the beginning, and falls flat halfway. On the bright side, the first half of the film is truly well-executed, and I’d like to reserve my praise especially for the first act, titled The Black Veil, for its brilliant atmospheric score and graphic animation. The film continues to nail audiences to their seats in the second act but ceases to be riveting soon after. As the investigation of mysterious murders inexplicably linked to best-selling webtoons drags on, the movie loses the terrifying suspense that it has boasted in the beginning.

While the backstory of the characters revealed in the second half certainly adds to the film’s resolution, it does so in a way that hardly pleases viewers. It seems as though director Kim Young-gyun and writer Lee Ho-kyoung feel pressured to end the film on a splendid note the way it starts, but the pressure clearly does neither them nor the film well. “Killer Toon” ends on a cliffhanger and with a plot-twist though I have to say that both the open ending and unexpected revelation confound viewers more than intrigue.

Despite its flaws, “Killer Toon” is still a very enjoyable watch with decent acting from all the actors and realistic, unsettling depictions of human sins. Horror-hungry audiences or those simply looking for late-night entertainment should definitely check this out.