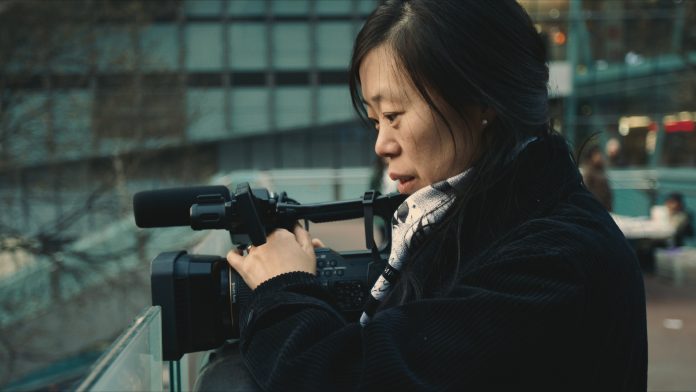 While the German word “Heimat” can be easily translated into English with “home”, the translation, however, is quite unsatisfactory since it changes the meaning. In the German language, the concept of “Heimat” of course can imply a geographical entity, but at the same time it is a vague idea which could be applied to people, places, feelings and even ideologies depending on how you personally define it. Even though the idea of “Heimat” has been abused by right-wing and conservative politics to embody a feeling of unity and evoke the image of a place (or values) which need to be protected, “Heimat” or “home” (for the lack of a better word) remains as a blurry but important construct, since the feeling of being at home, of having reached a place (or whatever it is) where you feel you belong is one of the most important goals in our lives.

For a long time, Chinese director Yu Hao had searched for a “home”, a place she could call “Heimat”. In 2005, she moved from China to Appenzell, Switzerland, a region she had explored already while making a TV documentary for Chinese television about the traditions, the people and the beautiful countryside. During the time of filming, she had felt something which was quite new to her, a sense of calm and belonging. Eventually she returned, learned the German language and directed many documentaries, one of which is her 2019 film “Suddenly Homesick”, which tells the story of her experience of finding a new home in a culture so different to hers.

Over the course of the film, Yu Hao tells a story of a process of approaching the new culture, of finding her home. Using archival footage of her first trip to Appenzell, she reflects on her first steps into this new surrounding, the traditions, the clothes and the language. The first images of the film represent the careful perspective of the observer who remains distanced but also attempts to find a connection to what is happening. Eventually this drive to connect increases with the camera becoming an important way of approaching this new country and its people.

At the same time, there is no way of telling who is observing who. Considering her own cultural background and her language, Hao questions whether she is actually the one being observed by the people around her. As if to emphasize her point, the movie shows various fragments of people sitting in front of her in a bus or on a streetcar who seem to mimic the curious stare of the camera. The viewer understands Hao’s shyness and why she wants to remain the observer, but also her longing to take part in the life around her, even though the “strangeness” of her appearance will always stay with her in this environment.

“Suddenly Homesick” is a film about the idea of home and strangeness. While watching the film, you are repeatedly confronted with your own definitions of home, what you associate with the concept. At the same time you will see how the perspective on something which is new, unfamiliar and strange at first can change the way you see where you are coming from, your original home and the kind of person you have become because of your home. 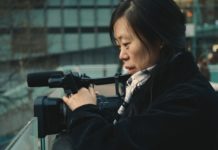 Interview with Yu Hao: When we start to understand and realize the familiar around us, we can see its beauty