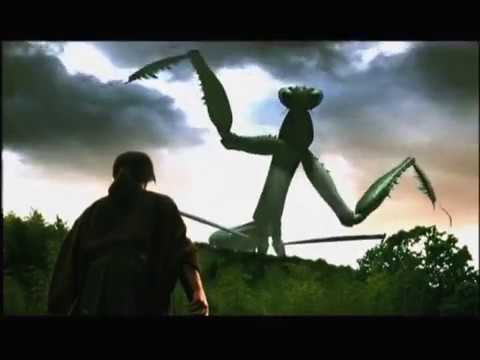 Among V-cinema, TV series, shorts and stage plays, Miike was bound to also shoot a music video, and his time came when Koji Kikkawa, who had previously worked with him in “The City of Lost Souls” and “The Guys from Paradise“, asked him to direct one for his song, “Pandora”. Kikkawa, apart from his acting career (including his role as Udo Jin-e in Rurouni Kenshin) has been a recording artist since the 80’s, while the particular song is included in the limited edition DVD of the homonymous album that was released in 2002.

(I have to admit I did not understand much of the lyrics and the info I have on Kikkawa’s music career is limited). 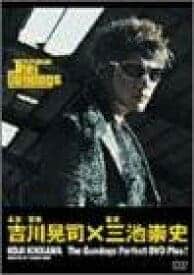 In distinctly absurd fashion, the video starts in Cuba in 2002, where a kind of a stop-motion animation shows an archaeologist discovering a piece of film in the ruins of the temple, titled Go! Go! Fushimi Jet S#96 (or sth, which is the actual title of the film). After the narrator poses some questions about who and why has placed that film there, the discovered film starts playing.

It turns out it is a samurai story taking place in a battlefield after one side has won and is on the verge of looting the dead bodies of their opponents. One of them discovers a crystal ball, and as soon as their leader takes it in its hands, a lonely samurai appears in the green fields that surround the area, wearing goggles. As the actual song starts playing, the samurai starts butchering his enemies with his katana. As the massacre continues, images of a girl, a blossoming flower and many eyeballs interrupt the action, along with some images where the protagonist, (who is Koji Kikkawa actually) is singing.

While the samurai keeps slaughtering his opponents, flying saucers approach the Earth and soon a Giant Praying Mantis appears on the area, before the protagonist produces a jet machine from his back, flying and cutting the whole horizon in half, leaving a red fog behind him, concluding the film.

Takashi Miike’s usually absurdness surrounds the narrative of the movie, along with some brutal action and sci fi elements. Miike’s style always shared many similarities with music videos and this trait finds its apogee here, since Koji Kikkawa’s college rock style (hard guitars but kind of pop vocals) resonates with it perfectly. Furthermore, the production values are quite higher than what we usually come across in the category, particularly in the samurai part who look quite realistic (considering), while the presence of Kikkawa and Seizo Fukumoto as the leader of the villains add even more coolness to the production.

Evidently, this is a work solely addressed to fans of either Miike or Kikkawa, but I feel that no one will be disappointed watching the music video.