29 of the contributors of Asian Movie Pulse have voted the 25 Best Films of 2019, resulting in what we consider a great selection, both regarding the order and the overall diversity, since the list includes films from Japan, S. Korea, China, Taiwan, Georgia, The Philippines, Laos, Mongolia, Tibet, and India, while the genres include everything from extreme violence and mainstream films to art-house, documentaries, animation and even a short.

Without further ado, here are the best films of 2019, in reverse order. Some films may have premiered in 2018, but since they mostly circulated in 2019, we decided to include them. (By clicking on the title, you can read the full review of the film)

25. A Snowflake Into The Night (Yoko Yuki, Japan)

The stop motion animation renders the narrative effectively and the effort that has gone into this short is evident. The voices of Yukitomo Tochino and Yoko Yuki make the experience very livid. The animation runs within a square with rounded edges resembling a mobile app and I wonder whether the reference is towards our fleeting interest in the digital world and how without end we keep moving from one fad to another. (Arun Krishnan)

Dmitry Mamuliya directs a slow-burning film that begins as a crime movie but is soon revealed to be the portrait of a man whose actions symbolize (represent if you prefer) the ways people can forget morality completely and become criminals. The fact that Mamuliya draws a character who is a “peeper” and not a “doer” or a “talker” works wonders for the narrative, as it allows him to explore all aspects of Giorgi’s life and the circumstances of the rest of the people living in the area, while having the audience experience everything that is happening on screen, through his eyes (Panos Kotzathanasis)

As we follow the kids on their trip through the city, we are more and more questioned by their emotional behavior. The film can be irritating at times, but it gets back on track towards the end. Even with the ending titles, the movie remains true to oneself, presenting one last self-reflexive pun to the audience. Being a sucker for stylish and unconventional movies, “We are little Zombies” is a 100% recommendation. (Alexander Knoth)

With each passing generation, the children are expected to be more intelligent. And in their understanding of what happens around them at home from a very early age may not always be to everyone’s advantage. A lesson for parents and the society as a whole, though this might even be a step in the direction of evolution. (Arun Krishnan)

Witty and subtly amusing, this debut feature is a promising work of a director who has an excellent observing eye and sensitivity for gender matters. At times, characters’ portrayals seem a bit too sketchy, and maybe a more bold approach to the subject could have been applied, but still “Move The Grave” is more than a worthy addition to the cinematic portrayals of the modern family and a little gem to watch out for in festival’s lineups.  (Joanna Konczak)

“One Child Nation” fulfills the quintessential purpose of the documentary, to examine and inform thoroughly and objectively, and that is exactly what Nanfu Wang and Jialing Zhang have accomplished, regarding one of the darkest “concepts” of contemporary world history. (Panos Kotzathanasis) 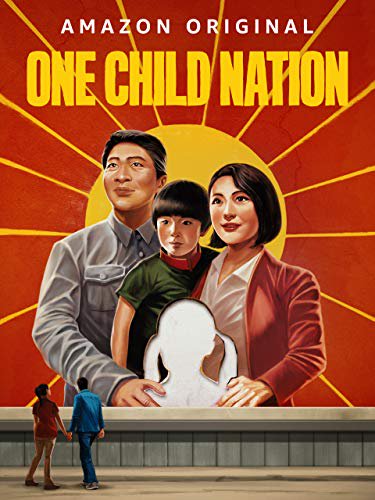 Visually interesting, shot in saturated contrast colours (green and yellow for the exteriors, dark brown and grey under the dim light for the interior), well acted and narratively unorthodox, “The Long Walk” is a film worth the time spent on watching it. The film also profits from the time taken for contemplating about it. It might not be the peak of Do’s career so far, but it is certainly something new and fresh. (Marko Stojljkovic)

The director portrays her subjects with a touching care, making these 85 minutes a great lesson on empathy and humanity. In the touching climax, the act of preparing food becomes the ritual and a way to honor significant others. The history comes full circle, with the tales of Jiho’s past and his friendship with Soon-Gyu Kim reaching the symbolic conclusion. If you want to add to your curriculum the confession “I have cried over a documentary on food”, “The Wandering Chef” is your pick of movie. (Joanna Konczak)

But Cocoa is determined to be her own woman and not be forced into decisions. The discovery of her starring in the videos blows her chance of escape, with the school overturning its decision to offer her a scholarship to study at university. But she takes full responsibility for her actions and will lead her own life. She refuses to squash living creatures with her feet after offers of more money to do so; she refuses stolen money; and her father gambling with her future seems far from an option she will rely on. Far from destructive, the Demolition Girl wants to make her own life, and she will do it legitimately and on her own. (Andrew Thayne)

umping from various storylines and characters, Diaz manages to create a patchwork-like view on the future and its inhabitants. While there are many noteworthy performances and moments, one of the most fitting remains the character played by Piolo Pascual suffering from anosognosia, a form of blindness. Again, like with “Season of the Devil”, the characters either remain blissfully ignorant or apathetic when confronted with an evidently unjust system, people with a view limited to their own life and survival. In essence, these people, even when organizing a rebellion, carry a certain awareness things will or might not improve no matter who will be on top. (Rouven Linnarz)

For a debutant director, Madhu C. Narayanan shows great control over the film. With a consistently brilliant performance from the whole cast, beautiful cinematography from Shyju Khalid, evocative music from Sushin Shyam and editing by Saiju Sreedharan that never lets you get out of that world, every department has been fantastic. Shyam Pushkaran as a writer has evolved in such a way that his characters are so lifelike and at the same time unconventional and eye-opening. “Kumbalangi Nights” is a film that delves into the lives of people in Kumbalangi to show the happiness that can come from a family if we are able to live with accepting the people for what they are without creating any more shackles that society have been burdening us with. (Jithin Mohan) 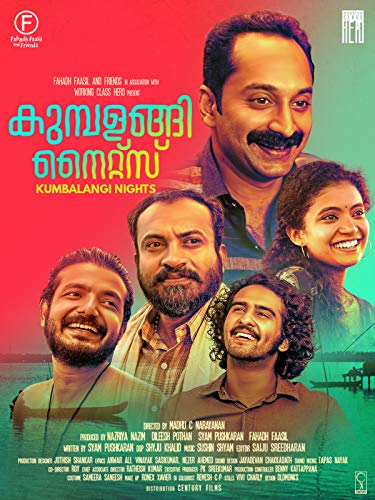 Visually, “Öndög” is one of the most astonishing films at this year’s early stage on festival circuit, due to the perfect camerawork by the Beijing-based French cinematographer Aymerick Pilarski, who opts for a distinctive 35mm granulation that gives the film some additional warmth early on and it stays with us even when Wang shifts his style from wide and static shots from afar to closer ones with some fluid camera movement. The choice of location and the non-professional cast also contribute to the feeling of authenticity. (Marko Stojljkovic)

Zoya Akhtar does a splendid job in creating the world of Murad, Safeena, MC Sher and all other underprivileged in a way that the audience feel the confinement of the characters and their will to break the shackles. Murad is a son of a driver, when his father is injured, he works as a chauffeur but dreams big. But its not easy for him to be a creative person, staying inside the nuisance of the world surrounding him. And director Zoya Akhtar creates the depression at such a label that stretches the limits of elasticity of Murad’s mind and thrusts his inner soul to break free and create his own creative world. The mind war between the “have” and “have-nots” has made “Gully Boy” a real socialist Bollywood movie after a long time. A brilliant effort and a must watch. (Sankha Ray) 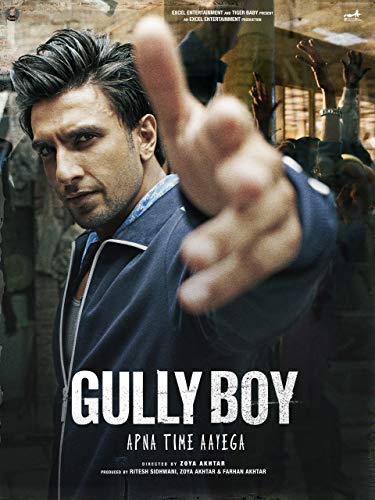 Midi Z directs a film that unfolds in a style much like “Black Swan”, particularly regarding the descent into madness and the role family (although in Aronofsky’s film it is the mother’s behaviour while here the father’s mental condition) and the “rules” of the entertainment industry play in this descent. However, his and Wu Ke-xi’s comments definitely go much further. Evidently, the focus is on the women actors as represented by Nina Wu, who has to endure behaviour from men that begins from abuse (verbal and physical) and ends up in pure violence. The fact that she has to suppress the awful memories, and the consequences of when the suppression begins to fail, speak volumes about the impact practices like those have on women. (Panos Kotzathanasis)

If Peipei’s mother seems mostly uninvolved in her daughter’s life, she is also a child-like figure and really loves her child. Hao is not just a bad boy with a big heart. He is sometimes a total idiot, sometimes a caring human being, and mostly a struggling man. Jo could be a superficial girl with no depth. She is not. She may be facing different issues and have a naive side, but she is as lost regarding her future as Peipei. And she is a very caring friend. That is why the main character’s “betrayal” is even more painful. The two girl’s friendship is actually central to the movie, which is one more reason to enjoy “The Crossing”. It feels good to see strong female friendships on screen. (Oriana Virone)