After reading Brian Yecies and Shim Ae-gyung’s “Korea’s Occupied Cinemas“, Hyang-jin Lee’s book was the logical next step, since it deals with Korean cinema from 1903, which the author considers the date of introduction of motion pictures in the country, and reaches the 90’s. 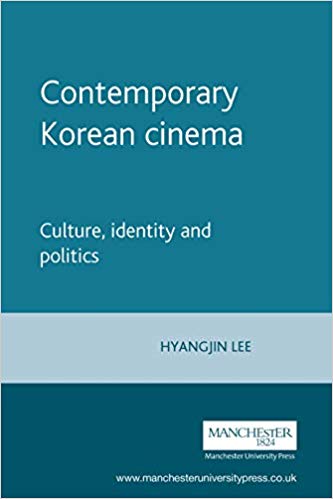 After a rather complex introduction (which seems to be the rule in academic studies’ books) the first chapter deals with the creation of Korean cinema, narrating its history during the colonial period, in a rather easy to understand fashion, through short, concise sentences. After the dichotomy, Lee deals with the North and South Korean cinema separately, again in very captivating fashion, particularly regarding the former, which sets much light on a rather lesser known subject. I have to admit there were even some parts that made me laugh, as in the compulsory viewing of all the North-Korean produced films, that has led to cases where 9 productions sold 236,440,000 tickets.

The next chapter deals with the “Tale of Chun-hyang” its many adaptations, its significance for Korean film history and the ways these adaptations highlight the differences but also the similarities of the two countries regarding gender relations, class, and the concept of family. While the comments and the research are quite interesting, I found this chapter the most difficult to read, particularly due to the similarities among movies that are based on the same literary work.

The next chapter, however, picks up again, as Lee uses a series of different films to highlight anti-imperialism in North Korea and Anti-communism in South along with the ways family and nation are perceived and implemented in the two countries.

The last chapter deals with class issues, again through the analysis of North and South Korean films, in another very interesting part.

The most important traits of the book lie with the ways Lee uses film to highlight history and society, and subsequently, the importance of political context in cinema. At the same time, the level of information she offers, particularly regarding North Korean cinema, is truly unique for the English language, shedding much light in a rather unknown chapter of cinema. I also have to mention that the selection of movies, regarding the sociopolitical context is excellent, as they highlight all comments in the most eloquent way.

Regarding readability, as I mentioned before, I found the use of short, comprehensive sentences very easy to read, in an accomplishment that is not so frequently met in academic books, unfortunately. Furthermore, the analysis of the films is as long as it should be, and does not become tedious in any way. My only issue is with the way names and titles are spelled, since in 2000, the current dominant, three syllables form had not been established yet, while a number of “b’s” are written as “p’s”. For example, instead of Bae Chang-ho, Pae Ch’angho and instead of Im Kwon-taek, Im Kwont’aek, which can create a bit of confusion until one gets used to the style. Of course, this cannot be attributed to the author in any way, while I also have to admit that since I do not speak Korean, I do not know which the correct form is actually.

Overall, “Contemporary Korean Cinema: Identity, Culture, Politics” is a very informative and well-written book, that will retain interest for the overwhelming majority of its 193 pages.