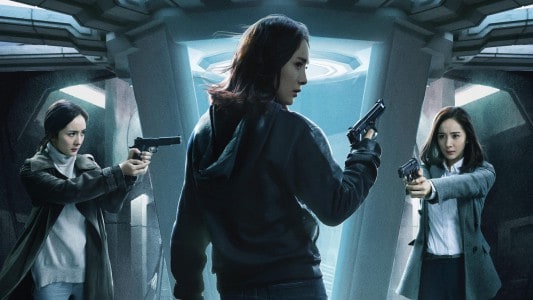 This movie is the new blockbuster science-fiction production coming from China, and of course, comes with an elevated budget and big special effects. It’s not very common in the Chinese production to use science fiction since they usually focus on action and fantasy, but this seriousness in tone proposal is worthy of vision and analysis. 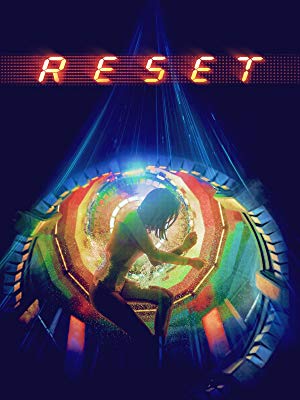 Xia Tian (Mi Yang) is part of a research team who has come up with the discovery of the century: to travel in time. The research team consists mainly of Xian Tian and the director (Shih-chieh king), the scientist (Kim Hee-won) and Da Xiong. After several experiments, they have managed to travel back in time to 2 hours in the past (with some anomalies that must be resolved), which is a breakthrough not only for humanity but for the whole company. Everything changes when an individual, Cui Hu (Wallace Huo) kidnaps Doudou (Yihan Zhang), Xia Tian’s son, to pressure her to steal the data to possess all the research for himself. In a fateful turn of events, Doudou ends up losing his life, so Xia Tian decides to use his own work to go 2 hours back in time and, together, with different timeline versions of her, cooperate to save Doudou.

The movie may seem simple and convoluted at the same time, and the truth is that it is very focused on the conflict. However, is actually quite careful and smart in details. Now, if you ignore some facts of plausibility, like some characters being on a place at a certain time and in a matter of seconds, on the other side of the map, the script is pretty solid; but those are small details that, at the moment of truth, are not important. At first, the plot may seem confusing, but soon the viewer has already learned everything and he will enter totally into the film. And that’s the biggest advantage of “Fatal Countdown: Reset”: You integrate into the story, totally wrapped up in the main objective, avoiding other subplots. The pacing is always on the move and it never stops. That alone makes the film a totally immersive and totally entertaining experience.

Time travel has been a common topic dealt with throughout the history of cinema. One detail that was generally ignored in those films was the interaction between oneself from a different timeline, due to the problem of changing the main timeline and creating a time paradox. Here, the main character encounters several versions of her from different timelines, and when you think that the she will avoid her different versions, she will actually cooperate with them.

Another topic that discusses “Fatal Countdown: Reset” is how certain experiences makes us change, to the point of acting as a different person, although the objective is the same. One of the versions of Xia Tian acts differently and looks like another person compared to the original, because of what he has lived and what he has had to go through moments before. A really interesting approach.

Furthermore, Chang’s direction is very good, as is the work of the DP Choi Chan-min. The white colors of the company interiors are very well placed alongside the rest of the environment. Some shots are really well detailed and it’s a really nice movie to watch. There are a couple of moments in particular where the CGI is very noticeable, like a small part of a chase scene in the docks. Luckily, those moments are scarce.

Mi Yang and Wallace Hu are the heavyweight of the film and do a very good job, being credible and really charismatic.

In the end, “Fatal Countdown: Reset” is a satisfying and entertaining action/sci-fi flick with some interesting themes and set pieces. It may not be great or artsy cinema, but it is a really fun, entertaining and very well directed and acted product.