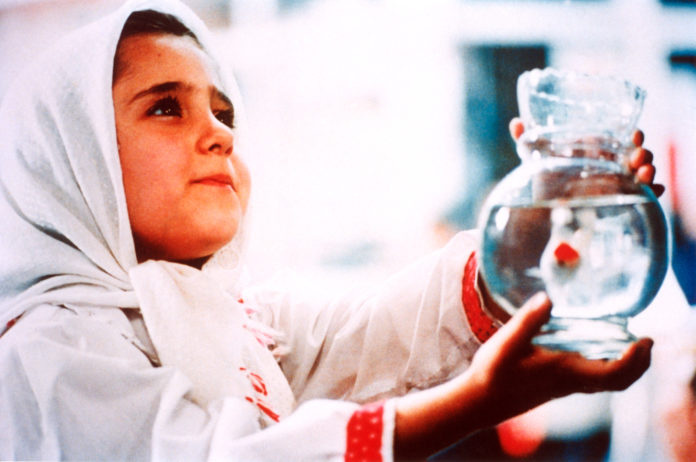 When most reviews talk about a simple story portrayed without ceremony, it was exactly that that lead the jury to give this movie Prix de la Camera d’Or at Cannes in 1995. Though that may not have been my primary reason for watching this film, I come out adding one more director to my favourite list.

The streets of Tehran are busy with the preparations for New Year. Everyone is busy decorating their house to welcome the next year. Seven-year-old Razieh has developed a fascination for a round goldfish with a lot of fins. She wants to buy it but the price seems unreasonable to her family. After convincing her mother, she leaves with the entire money left with the family to buy presents. The little girl loses the money twice, tackles strangers, struggles with helplessness and yet does not give up. A lot goes on between her and the fish before the year is up, and yet it is only the viewer who truly sees the trauma she goes through.

Jafar Panahi’s experience of working with Abbas Kiarostami is evident. Most of the movie is captured using fixed shots supplemented by some pan shots. This has effortlessly captured the life and people of Tehran in the nineties.

Abbas Kiarostami’s screenplay is beautiful. I would attribute the character of the father who stays as just a voice from the bathroom and the young soldier, as part of his signature.

The innocence of the children is a great asset to the camera and script. In the acting department, the girl Razieh played by Aida Mohammadkhani, her brother Ali played by Mohsen Kafili and the mother Fereshteh Sadre Orafaiy deserve congratulations, in that order.

The simplicity of the story is the masterstroke here and everything else follows. But given that this is the combined work of Panahi and Kiarostami, I would not be completely at fault for reading a little more into the narrative than what the visuals tend to divulge. The brief rendezvous with the young soldier shows how the public is apprehensive of the military though there are no obvious resentments on the surface. The cyclist who sings blues (may have bordered a cliché) is the bad feeling which runs at the back of one’s head and with practice gets ignored to perfection. There are no coincidences in the movie and the foreigner coming to the girl’s help when all others go their own ways is no accident either. The reference to the white balloon and how the movie ends points at our ability to keep promises. An Iranian who lived through the nineties would surely have a lot more to add.

What is the fun if one does not reminisce and relive the scenes from a movie which speaks so much more and still likes to serenade as a white balloon among the faceless multicoloured ones? The “White Balloon” is one to enjoy and cherish. 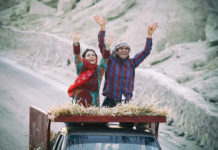 Film Review: When the Moon was Full (2019) by Narges Abyar