As is the tendency in Japanese cinema, particularly during the last decade, another very popular manga/anime is adapted into a live-action movie, in a trend that has produced both great films (20th Century Boys, Helter Skelter, Rurouni Kenshin) and huge blunders (Attack on Titan). Let us see what category does “Tokyo Ghoul” falls under. 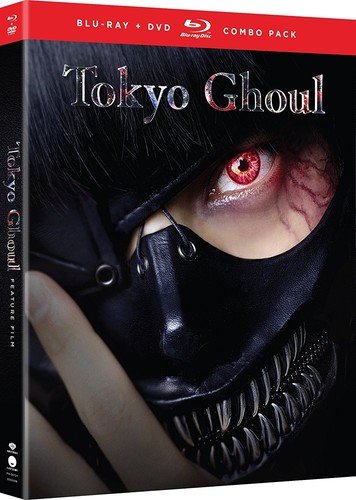 The story takes place in a world infested by Ghouls, vampire-like creatures that look like humans but are actually monsters, that feed solely on human flesh. The problems instigated by them are so significant that the police has introduced a special branch that deals exclusively with them, with Kureo Mado and his assistant, Kotaro Amon being the enforcers. This world suddenly collapses upon Ken Kaneki, a university student who finally manages to get a date with Rize Kamishiro, only to find that she is a ghoul. In the extreme series of events that follow, Ken transforms into a hybrid of human and ghoul, with the test on his humanity becoming harder and harder as he is introduced to a secret society of ghouls, headed by Kuzen and including Toka Kirishima, who are nothing like he imagined. As he becomes friends with some of them, the enforcers actually emerge as the true monsters, and Ken is forced to choose sides.

Kentaro Hagiwara stayed quite close to the first volumes of the manga, apart from the finale that is. In that fashion, the combination of university students and monsters works quite well, in a symbolism that revolves around the search of identity of contemporary youths and the concept of immigrants and their adapting in their new environment, although both are presented in rather extreme fashion, through a combination of gore and action.

The non-action part seems to work quite well, in a trait not so often witnessed in these adaptations, which benefits the most from the acting in the film. Masatoka Kubota has both the performance and the physique to portray a timid young man who transforms into a creature that craves for human flesh but is not willing to act on it. Fumika Shimizu as Toka functions well as the determined enforcer that tries to appear strong and insensitive, despite the fact that she is quite caring. Kunio Murai as Kuzen gives a dignified performance that serves the role of the mentor to the fullest, while Yo Oizumi as Kureo Mado is quite good as the archetype of the chaotic good/evil character, playing his role with an excessiveness fitting the manga aesthetics perfectly.

Regarding the fights, I found the SFX quite convincing, with a very fitting hyperbole, particularly in the flesh-appendages that function as the weapons of the ghouls. The blood looks impressive although the gore is somewhat toned down. The fights seem to have some faults regarding the motion of the characters, and could benefit from a larger budget, but function relatively well in the general setting, with the ones with the police-duo standing out. Satoru Karasawa’s cinematography is quite good, particularly in the dark interiors, as is the case with the set design. Masanori Morikawa’s costumes stay close to the originals, while Yasuyuki Ozeki and Akira Takeda’s editing moves in a fast, Hollywood-like pace with Don Davis’s music heightening this sense even more. This last aspect becomes quite apparent in the training sequence. Overall, the general visual aesthetics implement a style that resembles much the one from “Parasyte”, which I consider a trait.

“Tokyo Ghoul” is a competent adaptation that benefits much from the original material and its acting, and I would love to see how a bigger budget would be implemented in the action scenes of the (bound to come) sequels.