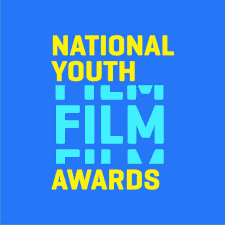 The 6th edition of the National Youth Film Awards (NYFA) opens for submission today. Organized by *SCAPE, NYFA prides itself as the springboard for young, aspiring filmmakers to pursue their passion in the film industry.

Since launch, NYFA has awarded 133 youth filmmakers, many of which have gone on to achieve international acclaim. Amongst them are Idette Chen. Her short film “Bangla” was the only Singaporean entry to be selected for the Short Shorts Film Festival & Asia (SSFF & Asia) 2019, and Shoki Lin, whose short film “ADAM” was part of the Cinéfondation Selection at the 72nd Cannes Film Festival.

The Asian film industry has punched above its weight with the South Korean movie “Parasite” making history at the Oscars. Closer to home, local films –“Wet Season”, “Pop Aye”, and “A Land Imagined” – continue to fly our flag high in regional and international stages.

“Through NYFA, *SCAPE has recognized over 700 local young filmmakers over the last five years. Some have been deemed up-and-coming filmmakers in the industry, while others have progressed to start their own film studios,” said Goh Kok Wee, Executive Director of *SCAPE. “These success stories are a testament to NYFA’s commitment to be the national platform for young talents to kickstart their career in the filmmaking industry. We will continue to support these youths as they hone their directing and story-telling skills to be future-ready.”

Inviting opportunities await
This year’s winners will stand a chance to embark on a regional learning journey at events such as the Golden Harvest Awards and Short Film Festival, and SeaShorts Film Festival. Their films will be screened at these recognized events, and they will have the chance to network and learn from regional filmmakers at forums, workshops, and exhibitions. Winners will also be invited to pitch their stories for an anthology of short films, where they will be given a $20,000 seed fund to produce a short film each.

Submission details
This year’s edition of NYFA will continue to accept submissions under both Media Student and Open Youth categories. Participants aged between 15 to 35-years old are free to submit their Documentary, Animation, and Live-Action films.

Up to 60 films will be shortlisted and each of these films will qualify for award titles such as Best Sound Design, Best Editing, Best Original Music, and more. For the full list of awards, see ANNEX A.

To find out more about the submission details or to submit a film, visit scape.sg/nyfa