One of the biggest commercial blockbusters in Chinese cinema, Jiaozi’s extraordinary family-friendly animated tale Ne Zha follows a special look at one of the main folk-tales in the country’s history. Now, American audiences will get a chance to see Jioazi’s acclaimed animated, action-packed fantasy tale available March 3, 2020 on Blu-Ray, DVD and digital from WellGo USA.

Born under a troublesome sign, the young Ne Zha comes to be a burden to his parents’, Li Jing and Madam Yin’s neighbors who find his behavior tough to put up with. Knowing the burden they share as spiritual protectors of the village, they try to contain Ne Zha’s wild behavior by informing him that his destiny is tied to spiritual pills that were created by the Gods and swallowed by him at birth that will cause him to be a savior to humanity as a result. Taking to the information causes him to be at odds with his constant desires and glee in rebellion and destruction, yet when the true nature of his destiny is finally revealed when a Dragon God arrives in the village, he tries to overcome his birth-rite and become the ultimate hero he’s been told he will be.

Overall, it’s quite easy to see what made “Ne Zha” the hit it was. The story from director Jiazi and Yunyun Wei carries the most weight as the overarching theme of fate and destiny is quite prominent and impactful. The idea of Ne Zha trying to resist his urges, implanted in him through his birth by a heavenly pearl by the Primeval Lord of Heaven, manages to imbue him with a profound destiny. Born under a bad seed with this pearl, his tendencies toward causing mischief and mayhem that are seen to be completely at odds with his parents’ wishes for him to grow into a more worthwhile and respectable entity, is a fine running storyline at play. By having Li Jing and Madam Yin so at odds with his behavior, eternally conflicted over knowing that Ne Zha can be a better person while knowing the grim fate awaiting him creates a special subplot. It’s handled well-enough to not distract from the kiddie jokes and fart humor that will be more appealing to younger viewers.

That speaks to the other big positive to be had here in the fun kiddie-approach that the film takes. The main kid-centered aspects of “Ne Zha,” the broad physical comedy and reliance on low-brow humor, come across quite prominently. The running joke of a character becoming able to produce flatulence on command serves as a type of humor that is present here, and the fast-paced action generates plenty of opportunities for child-friendly gags and jokes. As well, the fast-paced storyline is what allows animation director Lin Qianhan’s department to run wild with some astounding visual flourishes and spectacle-laden sequences. The scenes with the characters zipping and zooming around the countryside, engaging in mid-air battle with each other and featuring energy duels that would be absolutely over-the-top in a live-action setting create plenty of engaging and exciting action. That it saves the dramatic sequences until the end is where it works nicely, keeping things light and enjoyable until the time comes to heighten the intensity in just the right moments.

However, “Ne Zha” does strike with some minor negatives. The main issue is the dragging and overlong running time that doesn’t know when to end. This comes about through several points in the numerous characters that don’t need to be included in the story. The numerous Gods and various relationships they have are much too complex and complicated. The film can easily be streamlined by dropping several of the side-characters and their issues which end up dragging the running time out so much. As well,the complicated nature of the folk-tale creates a far too confusing narrative. The talky nature of explaining Ne Zha’s past and what his exploits mean to everyone is excruciatingly over-the-top and unnecessary. The storyline goes into far more depth than what’s really needed and easily goes into the overblown category by dwelling too much on this factor. Overall, these factors don’t dwell too deeply here.

Filled with bright animation, quality themes of maturity and finding your fate and not too many deep flaws, “Ne Zha” creates a likable and wholly worthwhile piece of childhood animation that is quite enjoyable. Give this a shot if you’re curious about this style of film, looking for a fun family-friendly effort or enjoy this animated style while those viewers who don’t enjoy any of that will be somewhat put off by the film. 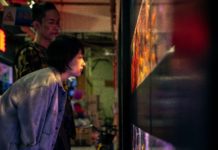