The feature debut of Iranian director Alireza Khatami was a crowning success, with “Oblivion Verses” winning the Orizzonti Award for Best Screenplay, the FIPRESCI Award for Best Debut Film and the Interfilm Award for Promoting Interreligious Dialogue in Venice, among a number of other international awards. 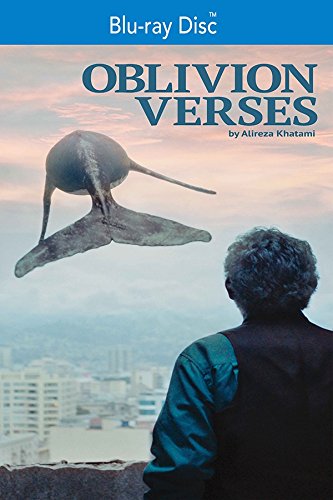 The story revolves around an elderly, nameless caretaker of a small, rundown morgue and its attached graveyard, both of which, just like the man, are nearing the end of their life span, since the government is about to close down the facility. The man lives a life of endless routine, doing almost the exact same things every day, which include talking to the hearse driver who brings him to work every day, and listening to the gravedigger flirting with widows, as the caretaker counts the people he has buried, who are closing up to a thousand. These are his two sole friends, as the man does not seem to have any family, and lives a completely unremarkable life, despite the fact that he is blessed with a rather impressive memory.

However, his life changes when the local government forces, which also remain unnamed, run out of places to hide the bodies of the people they kill illegally, they end up in the said morgue. Furthermore, due to a sticking door, they overlook one body of a young woman, with the cadaver giving a sense of hope to the caretaker, who decides to give it a proper burial, perhaps as an act of defiance, perhaps as a last chance to make a difference and find a sense of purpose in his life. Dealing with bureaucracy, however, seems even more difficult than having to face the government. All the while, a story about a number of whales that have ended up ashore fills the news.

Alireza Khatamati directs a very rich film, both in context and in visuals. His critique is obviously directed towards totalitarian regimes, with the overall climate of fear that surrounds the story pointing directly to the eras of Pinochet and Franco. Khatami seems to state that one of the purposes of these kinds of regimes is to implement oblivion, not to allow people neither to know nor to remember their despicable practices. The fact that the protagonist’s only major trait is his uncanny memory works wonders for this particular comment, as it places him directly against the authorities, and the overall narrative in terms of entertainment, since it gives the man an almost super-hero hypostasis, which is actually stressed as the story progresses (although in realistic terms).

The second critique is pointed towards the monster of bureaucracy, with Khatami presenting a number of almost mythical characters and settings that highlight the fact. The most characteristic sample is the man with the extremely short-memory who has to stamp the caretaker’s papers and works in a very deep basement, in an office filled with alarm clocks that he has forgot what each signifies. Furthermore, the prone-to-bribery, quite corrupt employee in charge of burial plots, and most of all, the labyrinth of documents underneath the morgue all highlight this aspect in the most accusatory, but also metaphoric and entertaining fashion. The presentation of these three settings is, additionally, one of the main sources of comedy in the film, with the second being the gravedigger, who provides a rather surprising twist near the end and a number of hilarious episodes. Tomas del Estal gives a small but rather impactful performance in the role.

This aspect is also where the visuals of the film find their apogee, with the darkness  that dominates the images stressing both the claustrophobic premises and the overall “dark-ages” setting. The combination of Antoine Heberie’s cinematography and Jorge Zambrabo’s art direction find their highlight in these scenes, which are the most impressive in an otherwise, mostly focused on realism narrative.

The third main element of the movie focuses on the lives of the elderly, and particularly their never-ending routine, which provides both a sense of security but also a kind of “imprisonment” that they do not seem able to avoid in any way. This part is presented from both the caretaker and the woman who visits the morgue every Sunday for years, still expecting to find news about her disappeared daughter.

Realism and sociopolitical commentary fill the narrative, but Khatami has also included moments of humor and a few scenes of surrealism (with the whales and his past being particularly impressive and meaningful through their metaphors) that lighten the overall mood and make the film much easier to watch, despite the expectedly and fittingly slow pace implemented by Florent Mangeot’s editing.

Juan Margallo gives a truly memorable performance in the protagonist role, with his almost limping walk and his intense eyes setting the tone for the whole movie, always with a focus on realism and an overall sense of measure.

“Oblivion Verses” is an excellent film, both meaningful and technically impressive, which deserves all the awards it received to the fullest.