This gangster crime thriller is based on actual events that took place in 2004, during the Chinese- Korean gang mop-up operation in Garibong. It was also the third highest grossing domestic film of South Korea in 2017. 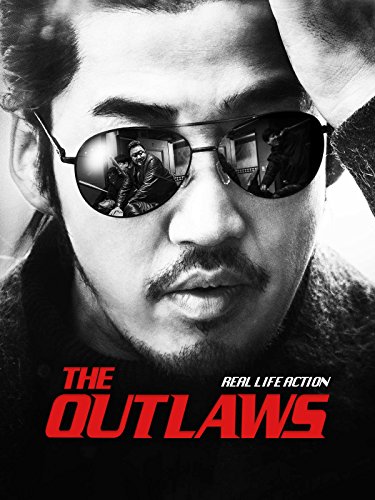 Well known for its Chinese immigrants and foreign cultures, the Chinatown of Garibong is a low-rent district outside Seoul. It’s also a breeding ground for both local and mainland Chinese gang activities. Detective Ma Seok-do and his squad have the dreaded task of restoring peace and prevent bloodshed in this troublesome neighborhood.

Jang Chen (played by Yoon Kye-sang) is the cruel, violent and bloodthirsty leader of the Chinese mainland gang Black Dragon. His style of collecting debts is using sledgehammers to the hands, axes to chop off limbs and knifing anyone who doesn’t agree with him. Yoon Kye-sang is both effective and adequate as the sadistic long haired Jang Chen, however he could’ve been more frightening. None the less, together with his equally bloodthirsty and cruel henchmen, the Black Dragon gang means business and is ready to kill off local gangs to reach their goal in Chinatown.

Don Lee, (also known as Ma Dong-seok) who plays Detective Ma, is very charming and inhabits his role really well. This is no doubt his best outing as a leading man. Nevertheless, his bulky and solid physique here doesn’t slow the film down and he’s very good with his comic touches too. He can easily knock down gangsters with a very powerful slap to their heads. After all, he used to be an MMA personal trainer.

Although this is quite a small film, first time director Kang Yoon-sung does a great job in bringing the story to life. He shoots those familiar locations, like seedy bars, backstreets, in a very different light, consequently resulting in a very fresh and stylish look. At the same time, he has no time for melodrama, which would slow down the pace, but his timing with humor is spot on.

The action in this film is not glory or bloody in nature, in fact, there is hardly any shooting at all. Instead, we get lots of stabbing and brawl, but the results are equally intense and exciting. The mainland Chinese gangsters speak in Mandarin at times, which adds authenticity to the film. Interestingly, food is always present and consumed in such a way that it seems the actors haven’t eaten for days; quite amusing indeed.

Overall, “The Outlaws” is worth your two hours viewing time, it’s very entertaining, moves at a fast pace and is stylishly filmed. The cinematography gives the back streets, seedy bars a life of their own. Don Lee is definitely the man to watch, he’s very lovable and hilarious despite his bulky physique. If you liked him in “Train to Busan”, you’ll love him here.

Trailer for Upcoming Korean Film “The Villagers” by Lim Jin-soon