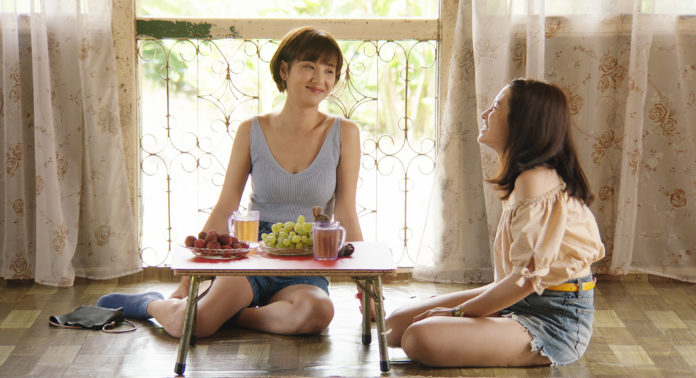 Young anthropologist Xingxi has decided to head to the city of Alor Setar, a place that shares a similar translation of her own name of ‘Starry Brook’. It is within this small, scenic Malaysian city that Xingxi experiences three adventures, each beginning with a flat tire and a chance meeting with a stranger.

Three Adventures of Brooke will screen at Asian Pop-up Cinema, during the Fall edition

“Three Adventures of Brooke” acts as a ‘slice of life’ drama that approaches three different scenarios of Xingxi as she travels to the city of Alor Setar. With this concept of repeating the same duration of her journey, but through alternative meetings at the start of each adventure, the film offers up a fascinating take on drama, while conveying a deeply profound humanitarian message. With the structure playing a vital role in the success of the production, it is important to understand the structure to properly frame any critique.

The film is told through three stories, but it is important to note that, in a sense, they exist as alternative realities that start with Xingxi (also known as Brooke) suffering a flat tire on her bicycle and in need of assistance. The first ‘adventure’ sees a jovial woman coming across Brooke and offering her friendship, the second a group of men who look to her expertise to help their current predicament, and finally a traveling author looking for inspiration. With each of these stories running concurrent to each other, there is a degree of overlap, with Brooke revisiting locations as if they were new in each segment, as well as missing opportunities that were presented in a previous scenario. This structure becomes a rather brilliant way to make a deep character profile of the young girl, as we get to see different aspects of her personality.

This approach also offers up an interesting insight into general daily activities, and, although what is presented is not entirely engaging in a cinematic sense, it gives an interesting insight into how people interact with each other. When reflecting on own personal experiences, an individual is able to think of many chance meetings that had a positive effect on our lives. Within “Three Adventures of Brooke” the idea is proposed that these experiences can come regardless, and not so much as a chance of fate like many like to project. There is a possibility of looking at this as a mundanity in life and downplaying these sort of interactions, but the production seems to offer up a more optimistic world view, regarding the idea that regardless of what we do in our lives, the general kindness of people is bound to come through no matter where one starts. Overall, the film seems like a practice in positivity, even as Brookes story becomes slightly tragic through each iteration, making the narrative easy to romance.

Actor Fangyi Xu gives a memorable performance, in her first lead film role, as the titular Brooke. She elevates the protagonist in exuding confidence in her abilities and intelligence, while still keeping a degree of fragility that would be relatable to anyone out exploring a new area and relying on others to bridge both language and cultural gap. Fangyi Xu does well to navigate through a spectrum of emotions that subtly change within each chapter, and she sees herself acting against different personas. The rest of the cast is serviceable and compliments Xu’s performance. The one exception comes from veteran French actor Pascal Greggory, who plays Pierre, a traveling author looking for inspiration. The interactions between the two actors come in the final chapter, revealing more information about Brooke than the previous segments (although the first two segments are vital in building to this point). Understanding the importance of this final and defining meeting, the two actors create a fascinating repertoire off a rather unlikely romance founded in shared eccentricities and romanticized concepts.

The one glaring negative of the movie rests in its pacing, particularly for those who don’t have much patience for productions focused largely on dialogue and relatively free of conflict. This is also reflected in the visual and audio presentation, since, although the actual scenery is gorgeous and makes for an engaging backdrop, the cinematography remains rather static and lacks flair. Perhaps more noticeably reflective of this approach is the production’s soundscape, which has an almost non-existent score and stays within quiet locations that allow nature to become notably dominant. Ultimately, this kind of aesthetic is going to present a challenge to many viewers, but patience is greatly awarded by the poetic adventures that unravel and become more intriguing with each chapter.

“Three Adventures of Brooke” certainly demands patience, and my initial reaction was of larger disconnect, given the simplistic scenarios presented and the minimalist approach to visuals and audio. However, within each segment we learn a bit more about Brooke and also see the beauty in random human interactions, and those profound moments that can be found in connecting with other wandering souls. The beauty really rests in this exploration and how slight differences can still lead to wonderful interactions even when filled with moments of disappointment. The overall message exists as a celebration of life, and not just a reminder of how the simplest interactions can shape our life, but how many positive forces there are out there to help us along that path. “Three Adventures of Brooke”, asks audiences to open their hearts and experience simple joy through meaningful interactions and cultural exploration, rewarding those who chose to embrace the journey. 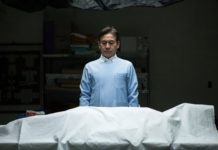 Interview with Xiaodan He: I wish to give comfort and hope to the people who don’t give up happiness

Interview with Sophia Wong Boccio: At times like this it’s up to Film Festivals like us to bridge the distances when people are all...