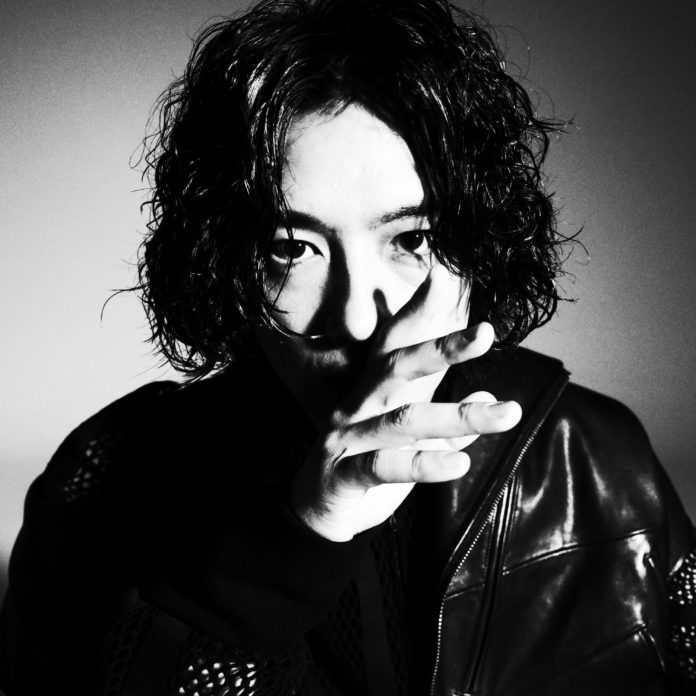 Takumi Saitoh is an actor, filmmaker, mobile cinema sponsor and monochrome photographer. Beginning as a model in his teens, Takumi Saitoh’s name has made inroads into such lands as Europe and Asia and has walked for shows during Paris Fashion Week. After working in advertising with Wing Shya, photographer for Director War Wong Kai , an opportunity arose for Saitoh to make his acting debut in the Korean film reboot of “Toki no Kaori – Remember Me.” Having appeared in many television and films, including “13 Assassins” on which he met director Takashi Miike, he appeared in Miike’s next 3 works, “Ace Attorney”, “For Love’s Sake” and the drama, “QP” consecutively. For his starring role in “For Love’s Sake”, Miike lauded, “Takumi Saitoh was born to play Hiroshi Iwashimizu.” In 2017, Saitoh won the 31st annual Takasaki Film Festival, Best Supporting Actor Award for “The Projects” directed by Junji Sakamoto. Saitoh has performed in films directed by Sion Sono, Shinji Aoyama, Lee Sang-il, Derek Yee, etc, and his work now made its way into the international arena, including collaborations with John Woo (Manhunt) and Eric Khoo (Ramen Teh).

Saitoh is not only an acknowledged actor, but also a well-known director and in 2017, he made his feature debut with “Blank 13“. In 2018, HBO Asia produced “Folklore” a TV series helmed by Eric Khoo, with Saitoh directing one of the episodes titled “Tatami”. Following the success of the series, HBO commissioned a second one, this time focusing on food and titled “Food Lore“. Saitoh directed “Life in a Box”.

We speak with him about his career and collaborations, being an actor and a director, Folklore and Food Lore, “Fukushima 50”, and other topics

Despite being just 39 years old, you are already a veteran of the industry with 138 acting and 5 directing credits in your CV. Are there any of the roles that stand out for you? In general, how do you decide what roles you will play?

What stands out in the Japanese film industry, compared to other countries, is that it’s a very peculiar environment, where there is a lot of production going on. This is also thanks to the existence of a culture of mini theaters and cinemas. In all of that, it’s not like I’m only playing main parts. What I really look for, when I decide which part to choose, is whether the production will include various destinations; it depends from numerous directors too or from the co-staring talent that I have the opportunity to meet. I’ve also started to be very interested in the general process of how the film is made. That is something that came directly from my father, who was involved in video production himself.

Can you tell us about the experiences of working with directors like John Woo, Sion Sono and Takashi Miike?

I’ve managed to meet those filmmakers, who I have nothing but respect for. Being able to be a part of their films was truly a gift for me, I really cherished that. What we shared were very intuitive communication techniques, ones that were beyond words, and I really appreciated that we could express that connection in my acting, that they entrusted me and my abilities. I really appreciated their awareness of what they wanted to achieve, it was multilateral and the key point about their presence was always determined by calmness; but then again, with passion and curiosity. They would also enable these actors that starred in their films, help them get on their feet, make them feel the wind and establish themselves, but then pretend, in a good fashion, that they didn’t really do anything, and never really make you feel indebted. They are that kind of great filmmakers.

Recently, you have cooperated repeatedly with Eric Khoo. How did this cooperation came about and how was the experience of directing “Tatami” and “Life in a Box“? Particularly in the latter, I feel that the directorial influence of Eric Khoo is quite intense. Is he one of the people who has influenced you as a director?

Eric Khoo is a great master of film to me. He’s like a closest friend, a father and a brother, he has become family. I really admire Eric’s philosophy and identity and it really vividly resonates with me that he’s exactly the kind of creator I’m really aiming to be myself. With “Tatami” and “Life in a box” – he believed in me, gave me a chance and opened up the door to the world for me. From the moment I met Eric, I’ve set my awareness specifically towards the global film market to become a filmmaker. When I was thinking, how can I reflect the particularity of Japanese motif, which is Tatami, and make it work abroad, Eric suggested, in many of his hints he gave me, that I should work on the sound of tatami, the one our feet does once stepping on it. On the other hand, “Life in a box” is a crossover to “Ramen Teh” that he had directed, when I met him. Films help me recognize the reality in which the reflection of it is based on one’s sense of values and personality. Once I realized that, I’ve wanted to stop doing meaningless things, such as hiding my weaknesses or ugliness. For that, I can only be grateful to Eric.

What was the inspiration behind Life in a Box? What is the significance of bento for you?

There was an earthquake in 2018 on the West of Japan: Hiroshima and Okayama, and there I’ve seen volunteers several times, who worked on digging the soil and sand. At that time, we did some workshops and film screenings with the kids from kindergartens or elementary schools and there were old ladies who came with their food prepared especially for the kids. I also received onigiri rice balls seasoned with salt and I had it on my way to another kindergarten where we moved that day. That was the best salt-seasoned onigiri for the laborers and once I’ve noticed how tasty, delicious, delightful it was, there were tears in my eyes. That was the beginning of the film story. Handmade bento is simply a love letter.

Why did you decide to include Akihisa Mera, the actual “The Great Kabuki” and his story in the film? Does your work as an actor helps you in directing? And what about the opposite? Which one of the two do you prefer doing and what do you imagine yourself dealing more in the future?

The process of making motion pictures consists of two parts: virtual images and fiction. Inside of that, there a kind of ingenuity. Once you make a base out of it and exclude all the lies, that makes the greatest effort, I think. The fact that we had a real legend of wrestling, namely The Great Kabuki, became our lifeline for not having lies in our film. I have no idea whether I will pursue the path of directing or acting. When I’m an actor, I observe the director. When I’m a director, I observe the actors. Making a film is the purpose of both capacities. That is why I think it would be best to have a synergy between these two.

“Fukushima 50” has been the source of much controversy. How was the experience of working in this film and what do you think about the way it turned out?

Since Fukushima happened in 11/03/2011, Japan has been witnessing natural calamities almost every year. Every time it happened, there was a secondary disaster we called “weathering” or “fading”. The Great East Japan Earthquake also exposed the problem of nuclear energy. It’s a huge event time-wise. It will last, whether it’s now or in the future. That’s why the film was shot, to capture that timing and, saying that from the perspective of a person from the movie industry, I really feel the significance of it.

You will star as Ultraman in the upcoming Shin Ultraman. Can you give us some details about that?

I can’t really say anything in regard to that, that’s why please look forward to it until it’s finally done! Being in “Ultraman”, or rather in the world of Hideaki Anno, for me is a peak of happiness.

What is your opinion of the Japanese movie industry at the moment and how do you think the Corona virus will affect it?

We’re facing a serious crisis that exists currently due to the new pandemic of Corona virus. Many people from the movie industry, who worked as freelancers before, as well as mini theaters are in a serious danger as of now. As someone from industry, I’m wondering if I can do anything to help online film initiatives. I’m also participating in the aid for mini theaters.

There is even a project that I collaborated on, and is available free of charge online.

I have no clue what will happen to the Japanese film industry, but I’d like to fight for it desperately. What is happening now, may as well be put into a film. We can use this adversity and use it for a better good. I’d also like to maintain the fact of being tied with the world through films.