Everyone is imperfect, but not alone.
Support and supported.
Even a dream breaks, he gets up again with others.
What is the value of life? Family, companion, pride, love. And your goal?

Winning more than 500 awards including the world’s three famous international film festivals (Cannes, Berlin, Venice) in the world, and serving as the Chairman of Juries for the Competition Division of the Tokyo International Film Festival in 2018, Brillante Mendoza (Center Stage Productions), the Asia’s leading director has announced that his newest film
would be shot in General Santos City in Phillipines, Okinawa and Fukuoka in Japan. Based on the story of a Japanese boxer with an artificial leg “Naozumi Tsuchiyama” for the first time using Lead Japanese actor “Shogen” in his film. Shooting in mid January 2020 at General Santos City in Phillipines. Scheduled for completion in June. The working title is “Gensan Punch”

Story
A man with a prosthetic leg goes to Philippines, without giving up his dream of becoming a professional boxer. Touching the cheerfulness and vitality of the local boxers, with their different values and pride, the man grows little by little. He aims at a professional ring with an old trainer he meets, overlaying his father who left him when he was young.

Documentary Review: Philippine No Wave: This Is Not a Film Movement (2010) by Khavn

Interview with Brillante Mendoza: Once you make a film that is about a social issue, it automatically becomes political 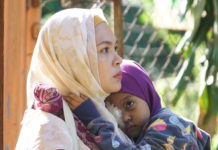 Interview with Shogen: “Making films in Okinawa means a lot to me”