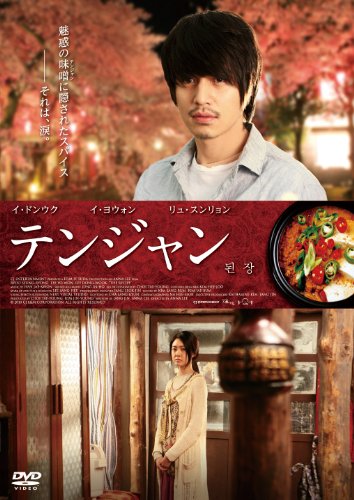 The movie starts with a young man meeting a television producer of a DBS documentary named Choi Yu-jin, played by Ryoo Seung-ryong, in order to help him with the creation of a story and to apply for an internship for the broadcasting station. This young man was responsible for the execution records of a notorious criminal named Kim Deuk-gu, portrayed by Yoo Seung-mok, whose last wish was to taste a bowl of Doenjang jjigae (bean paste stew) for one more time. Choi Yu-jin is so fascinated by the story of the arrest of the murderer and by his phenomenal last wish, that he decides to make a documentary about him and Doenjang jjigae. In order to create the documentary, Choi Yu-jin starts a research. This research leads him to the story of a mysterious young woman named Jang Hye-jin, played by the beautiful actress Lee Yo-won and to her moving love story with a young winemaker named Kim Hyun-soo, portrayed by the handsome actor Lee Dong-wook.

The opening scene shows Choi Yu-jin yawning, but do not let this fool you. This is not a boring production at all. Lee Seo-Goon directs a movie where the combination of mystery, humour, romance and drama is done masterfully without feeling forced or out of place. This interlocking of genres is elevated by the background music by Han Jae-gwon, which also contributes to the atmosphere and elaborates each scene.

The strong card of ‘’The recipe’’ is the mysterious story of Jang Hye-jin and Kim Hyun-soo, which is revealed little by little, as the plot progresses. Most of the narrative is presented in the form of interviews of the people involved with the criminal, and with the lives of the protagonists. The answers of the people involved to Choi Yu-jin, who is the interviewer, are either scientific, either fact related, and other times like listening to a fairy tale. This trait is what makes ‘’The recipe’’ so appealing.

A message that the screenwriter wants to convey is that love looks beyond imperfection. This is highlighted in the romantic scene where the two leads are lying down and Kim Hyun-soo notices Jang Hye-jin’s rough hands and Kim Hyun-soo does not hesitate to put Jang Hye-jin’s hands on his face.. In the same motif is the importance of sacrifices that someone can make for the person he/she loves, even if they have devastating sequences sometimes, and the meaning of true unconditional love.

One of the many artistically shot scenes, in terms of directing, is the scene with the capture of the criminal Kim Deuk-gu by the police while he is eating Doenjang jjigae made by Jang Hye-jin. In this scene, the director blends the slow motion of the surroundings (people, snowflakes) with the normal motion of the criminal eating, in order to enhance the effect Doenjang jjigae has to Kim Deuk-gu.

The close-up is used to focus attention and reveal the character’s feelings. Moreover, the lighting of each scene is done masterfully and highlights the visuals, either the beautiful Korean countryside and nature, or the stunning protagonists.

The final scene with the description of the method for preparing the Doenjang jjigae really stands out. The complexity of the procedure and especially the last sentence about the important ingredients for the recipe can be interpreted as an analogy. The ingredients for making the recipe are the same ones human relationships, and especially those concerning love, are made of: tears and waiting.

It’s also worth mentioning that the closing titles of ‘’The recipe’’ are some of the most beautiful ones I have ever watched. The combination of the touching music played in the background with the close up of the pure crystals of Sodium chloride (common salt) in the tears is heartwarming

Ryoo Seung-ryong, who can be considered the true protagonist of the film, is generally very good in his role as Choi Yu-jin, even though he is overacting in the first half hour of the film. Fortunately, in the later part of the film he tones down. Maybe this overacting was partially intentional, in order to intensify the transformation of Choi Yu-Jin’s character. From cynical and funny, even in inappropriate situations, he becomes an empathetic man at the end of the film due to the impact of the deeply touching story of Jang Hye-jin and Kim Hyun-soo, and even by the story of Chairman Park, played by Cho Seong-ha.

Lee Yo-won as Jang Hye-jin and Lee Dong-wook as Kim Hyun-soo show great potential and are both equally good in their roles and have great chemistry, even though they have much less screening time than Ryoo Seung-ryong.

I definitely recommend ‘’The recipe’’ to everybody that likes enigmatic, romantic films and also to those that are interested in Korean cuisine and want to learn the secrets of  making Doenjang jjigae.