Pyo Jong-seong is a North Korean spy who lives in Berlin with his wife, Ryun Jung Hee, a translator for the local embassy. During an arms deal involving Pyo, Russians, Middle Eastern terrorists, South Koreans and Mosad that goes horribly wrong, he discovers evidents that he may be set up by his own country. Moreover, CIA, a ruthless North Korean agent named Dong Myun-soo, and a South Korean agent named Jung Jin-soo come into the picture, complicating the case even more. Pyo has to decide who betrayed him and choose sides.

Ryoo Seung Wan wanted to shoot a film similar to “Bourne” and that is exactly what he accomplished. Having a relatively large budget of $9 million, he managed to shoot a large part of it in Berlin and Riga, and to incorporate very good actors and very impressive action scenes both with guns and with one-on- one combat, where the action choreographer, Jung Doo Hong has done an astonishing job. Furthermore, the cinematography by Choi Young-hwan is at a similar level, presenting a number of elaborate shots of Berlin from above and artfully depicting the many action scenes, with the final one being probably the most imposing. 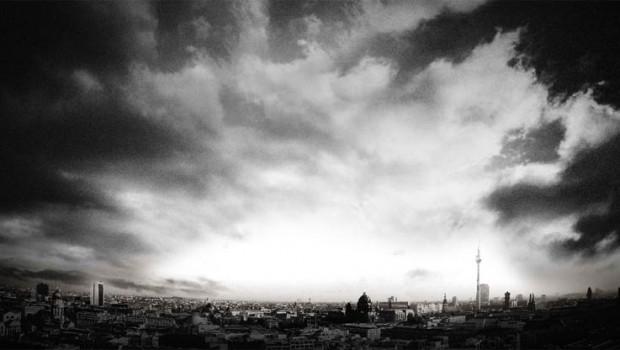 Apart from the action element, the film also excels in terms of acting (considering the usual standards of the genre) with Ha Jung-woo as Pyo Jong-seong, Han Suk-kyu as Jung Jin-soo and Ryoo Seung-bum as Dong Myun-soo giving wonderful performances.

Probably the sole flaw of the film lies with its script, which  becomes overly complicated after a point, ending up confusing rather than intricate.

The film was a big box office success and currently holds the 29th position in the all-time table of tickets sold in Korea, and the director has recently stated that he is planning to release a sequel in 2017.

Overall, “The Berlin File” may be a gun flick, but it is one of the best and those who enjoyed the “Bourne” films are bound to appreciate it.