The film revolves around four friends, who have just finished school. Yong-bi lives and works with his brother, as his family is not what we call ideal. Sang-woo lives with his grandmother, who works hard to take care of him. This act has made him decide to join the army. Ji-gong is the son of a bourgeoisie family, whose mother has decided to lock him in the house, in order to study for the college entrance exams. Doo-man is on a baseball scholarship in college. The four of them decide to take a road trip to say goodbye to Sang-woo, before he leaves for the army. However, a series of events, that are instigated the moment they come across a man hitting a woman, end up with Sang-woo in the hospital and the others in the precinct.

Choi Jeong-yeol directs and pens, in his debut, a film that shows his potential, but has some faults, particularly regarding the script. The issue lies with the fact that he tried to incorporate a number of themes and social comments, that was very difficult to explore fully in the 93 minutes of the film. Friendship, the relationship between children and their parents, corruption and the connection of media with the authorities, the concept of doing the right thing and its consequences, and human cruelty are all explored in the film, but rather epidermically, except for the main concept of friendship among teenagers.

In terms of direction, though, Choi does a rather good job, keeping the agony from both the actual events and the resolving of the case to a high level, as the film occasionally functions as a thriller. The film has a nice pace, and the flashbacks are well-structured and easy to understand. In that aspect, Lee Yeong-jeong’s work in the editing department is quite good. The film becomes a bit melodramatic towards the end, but the actual ending is quite good, and compensates fully. Lee Hyung-bin’s cinematography keeps the film in dark colors that seem to  fit the story perfectly, while the depiction of the circumstances in both the precincts and the rest of the setting is quite realistic. 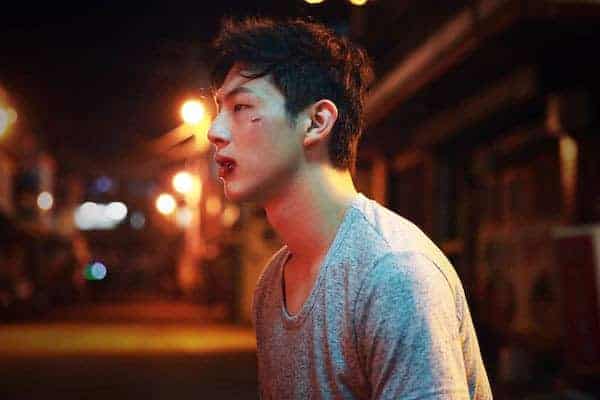 The fact that all of the actors are young and beautiful is bound to help the commercial success of the film, but in terms of acting, it lacks, at least to a point. Ji-soo as Yong-bi and Ryoo Joon-yeol as Ji-gong have the protagonist roles, but their performance is somewhat hyperbolic, particularly the latter’s. Kim Hee-chan as Doo-man is a bit better, but on a smaller part and Suho (member of the pop group “EXO-K”) showcases his appearance but does not act a lot. Kim Jong-soo as the police captain has, probably, the best performance, in a role that also includes some comedic moments.

“One Way Trip” is far from being a masterpiece, but is quite good as a debut. Girls of all age are bound to have a blast with it.

“One Way Trip” screened during the London Korean Film Festival