With the gluttony of genre films out there, the zombie genre has reached a point of oversaturation that some might find the amount of content flooding the market off-putting. From comic books to TV shows and endless films released every year, there’s a point where this subgenre can be said to be overwhelming, such that when something new and original comes out, it’s like a breath of fresh air. This applies to Shinichiro Ueda’s newest zombie comedy Kamera o tomeru na!, or released internationally as ‘One Cut of the Dead.’

Attempting to film a new zombie movie, maverick director Takeyuki Higurashi (Takayuki Hamatsu) grows frustrated by the overall lack of professionalism in his cast and storms off, leaving his wife Nao, (Harumi Syuhama) to calm the others down. Shortly thereafter, a series of strange attacks by a group of deranged and savage killers occur, which is soon revealed to be the end result of the film shoot. Traveling back to reveal the process of how the whole shoot turned out and how the zombie apocalypse began, which soon forces the crew into fighting the zombie apocalypse for real.

This was an enjoyable and intriguing effort. Among the many impressive elements is the manner in which ‘One Cut’ pulls off the engaging social commentary about the effects of filmmaking. This really brings up the idea of what constitutes entertainment as the executives are constantly shouting out about what they expect and demand on a live-shoot. The backstage exploits, filled with egotistical actors stuck in roles they don’t want, stressed-out stage-hands and the on-the-fly guerrilla tactics that must be employed to ensure the shoot goes off smoothly, feature prominently throughout the second half. There are some fun times ahead, commenting on the rushed nature of filmmaking and how creative individuals must sacrifice their vision to make content for disillusioned executives who only care about the profit lines. 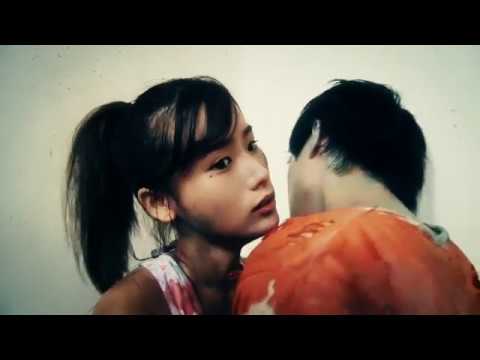 As well, the most engaging aspect here is the utterly enjoyable opening sequence. Consisting of a single-take short-length scene featuring the crew being attacked by a zombie outbreak before turning on each other and then chasing each other throughout the complex where they’re shooting. Managing to throw plenty of twists and turns amongst the gory action, all done in one single unbroken take, gives this a wholly unexpected opening that’s a real attention-grabber. As the second half of the movie is the filming of this very sequence which is full of hilarious antics and ingenious fixes to demonstrate how the actual shot got pulled off. It’s quite ingenious to see how the different tricks to accomplish the finished product and the different tricks accomplished to get there. This aspect manages to hold the movie up as quite enjoyable in these different sections. It gives a chance to show off the make-up effects by Kazuhide Simohata and Jyunko Hirabayashi in both the one-take sequence and the behind-the-scenes footage

The cast here is solid and helps to add to the fun. The lead, Takeyuki Higurashi, played by Takayuki Hamatsu, is a rather likable presence. The tyrannical nature of his character during the movie-within-the-movie is downplayed in favor of a more laidback and thoughtful persona during the behind-the-scenes work. As we get the reasoning of the backstory, the change is still fun to witness first-hand in a stellar performance. The other big standout performance here is Nao played by Harumi Syuhama as his retired-actress wife who now works as the makeup artist on the shoot, who gets involved in the film through rather dubious means. The difference between her sweet motherly duties and the more tyrannical she becomes in the role, allows for a nice change that gives her a rather impressive attribute here. The lead in the film, Chinatsu, played by Yuzuki Akiyama is another likable figure with the sweet and innocent demeanor portrayed in both sections of the film and does well when thrust into the more action-oriented parts of the story. Despite being the shy wallflower that never speaks up in the first half that makes for a somewhat bland opening, she comes through and manages to serve as a worthwhile figure to follow. Everyone else serves solid enough roles and never really makes an impression either way. 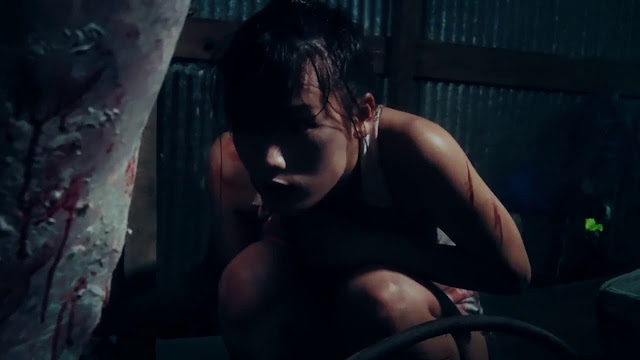 There really isn’t any kind of flaws in the film, as the fact that it remains as a piece of fiction throughout, without anything else happening does detract this somewhat. The fact that it’s all a movie-shoot in both stages does manage to lessen the tension of everything and makes for a cheap experience as none of the attacks mean anything if it’s all faked from the start. Seeing the actual behind-the-scenes work on the different props and models to be used for the on-screen effects, removes the impact quite handily. Featuring scenes of the stagehands throwing paint around on the severed limbs or putting together fake torsos to be cut up, ends up lessening the tension of the on-screen action. The other flaw of the film is that goofiness and somewhat crazy feeling present isn’t all that appealing to all. It might seem odd rather than funny, with their over-the-top antics and bizarre situations, with the way this one plays out. Otherwise, these here are all that really hold this one down.

Frankly, this is an exceptionally enjoyable effort that finally offers a unique take on the zombie genre, which comes from plenty of strong characters and witty situations. This is definitely worthwhile for those that are trying for something new in the genre or can appreciate bizarre zombie comedies such as these, while others that don’t even agree on that should heed caution with the film.