The film is based on a series of actual events that shocked the public in the Philippines, where prison inmates were contracted by politicians to temporarily leave jail and conduct a number of assassinations before they returned to prison.

The story revolves around two axes, which collide at times, based on the aforementioned story. The first one concerns two inmates-assassins, veteran Tatang and his trainee, Daniel. The first one actually has a family, and uses the money he receives to support them and to pay for his daughter’s intuition, who is studying law. Daniel, on the other hand, is a cocky, naive, and a bit too eager young man who lies to his mother about what he is actually doing. When the two of them murder a drug lord, veteran Sergeant Acosta is tasked with the investigation, thus introducing the second axis. Acosta cannot find evidence of the perpetrators, and even the few clues he discovers are stripped away from him, when federal agent Francis takes over the case. The NBI, however, is actually controlled by Francis’ father-in-law, a corrupt Congressman who has close connections with General Pacheco, who seems to be in charge of the inmates’ operation. Realizing the reason for his dismissal from the case, Acosta continues dealing with it, to the frustration of Francis, who discovers, eventually, that his father-in-law has served him something very hard to chew on. As the elections are about to commence, an intricate web is woven around all the characters, and no one seems to be safe. 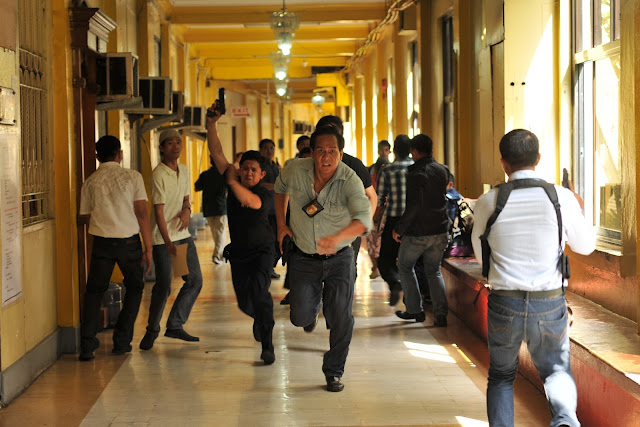 Erik Matti directs a genuine crime thriller that shows its nature from the first sequence, with the two hired assassins killing the drug dealer among a parade in the street. This initial sequence introduces the characters, and the second one, that consists of live footage, the setting of the story, where violence, corruption, and utter disregard for human life are the main rules. The first scene is also indicatory of the visual style of the film, which features a number of lengthy single shots, equally impressive presentation of the prison, the slums, and life on higher circles, in combination with the almost perpetual music, which, occasionally, gives the film a music video essence. In that fashion, Francis Ricardo Buhay III’s cinematography is outstanding, as it focuses on the hard realism of life in the Phillipines. The same applies to Jay Halili’s editing, who changes the pace from rapid in the action scenes, to relatively slow in the dramatic ones, perfectly fitting the film’s general aesthetics. Ervin Romulo’s music and a great soundtrack consisting mostly of guitar-dominated tracks provide a great background for the events unfolding on screen.

The film features a number of impressive action scenes, whose prowess is highlighted in the sequence where the two policemen are hunting their respective opponents (veteran with veteran and rookie with rookie), in an utterly agonizing series of events, that also showcase Richard Somes’ thrilling action coordination. 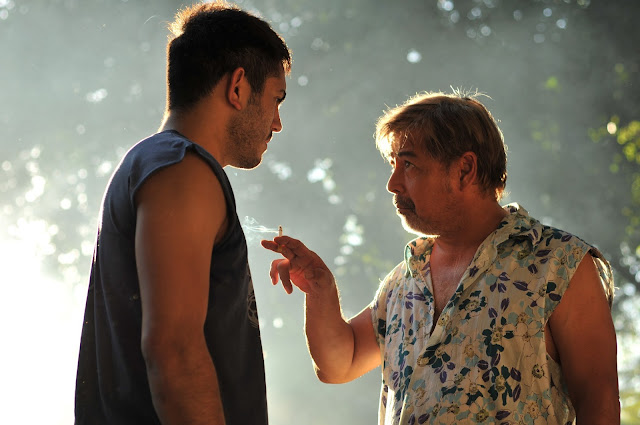 Matti and Michiko Yamamoto’s script paints a truly onerous setting, where nothing seems to be even remotely pure. In that fashion, Sergeant Acosta, who is portrayed as one of the few incorruptible law enforcers, is quite violent, and not above using pain in order to get what he wants. Francis seems to have his doubts about his father-in-law’s role, but he is, definitely, not unaware of what his role is. Daniel is naive, but his eagerness to kill in order to earn money is quite evident. Tatang, despite his fatherly figure and occasionally corresponding attitude, is a cold hearted-murderer, too deep into the crime world to come out, ever. In this setting, even the women are portrayed as evil, despite their lack of connection with actual crime, and the small role they hold in the film. As the true personality of each character reveals itself, the film also takes a turn towards the dramatic, without losing, though, neither its quality nor the entertainment it offers.

Regarding the acting, I have mixed feelings. The two veterans, Joel Torre as Tatang and Joey Marquez as Sergeant Acosta give great performances, in quite difficult roles. Particularly the former, is quite impressive as a cold-blooded killer who acts, frequently, like a fatherly figure, with the highlight of his performance coming during the end of the film, in a truly shocking series of events. The younger actors, though, Piolo Pascual as agent Francis and Gerald Anderson as Daniel are mediocre, with the film focusing more on their looks rather than their acting. This flaw becomes more evident in the case of  Pascual, who has a difficult role as a man struggling with himself and the choice he has to make between his family and his job, and is not persuasive at all. This aspect, however, does not fault the general feeling and quality of the film at all, as the focus is on the story rather than individuals.

“On the Job” is an impressive film, as it combines artistry, entertainment, and meaningfulness in an outstanding package.