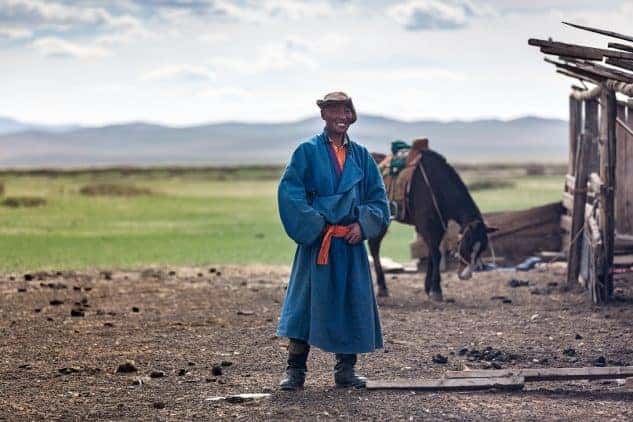 Gustaf John Ramstedt (1873-1950) is one of the most important individuals of the 20th century, both for Finland, by opening diplomatic routes to Mongolia, Japan, Korea and China, but also globally, for his linguistic work, particularly on the Mongolian and the Korean language. Finnish directors Niklas Kullström and Martti Kaartinen present a biopic about his life, through a rather unique approach, which combines the presentation of his writings about his travels and work through narration, with images of the current state of the countries he visited, and particularly of Mongolia.

The result is truly great, since the narration presents a rather intriguing story that deals with Ramstedt as a diplomat, a scientist, but also a family man, and at the same time with the situation in the aforementioned countries at the present. The “continuum” created by the “same place-different time” concept functions quite well for the film, as it connects the past with the present in a very entertaining way.

On another level, the film functions as a tour guide, which, particularly in the case of the still relatively unknown Mongolia, is very interesting. The differences between life in the steppe, with the vast fields, the horses, the sheep, and the yurts, and the skyscrapers of the metropolis, with the rappers and the clubs are another great aspect of the documentary.

Through Ramstedt’s life, Kullström and Kaartinen also deal with the sociopolitical history of Mongolia, particularly regarding the relationships with its all-powerful neighbors, China and Russia, in another intriguing series of events presented here. The parts about Japan, China and Korea are much less in duration, but the documentarians still manage to portray issues that torment their contemporary societies, such as overworking and the lack of space in Japan.

Niklas Kullström’s cinematography is one of the film’s best assets, with him presenting the various settings with a combination of artistry and precision, which results in a number of magnificent images. His own editing also lets the film flow quite nicely, with the continuous changes between narration and interviews intensifying the entertainment the production offers.

“Eastern Memories” is a great documentary, which succeeds as a chronicle of a both a man and of the countries he visited, while the images presented will definitely stay in the memory of its audience for some time.

Documentary Review: Graves Without A Name (2018) by Rithy Panh