Naomi Kawase’s tenth feature and her first one to be partially in English, is a genuine Kawase film (the Japanese festival-favorite has definitely made a trademark out of her style) with all the pros and the cons the fact entails. 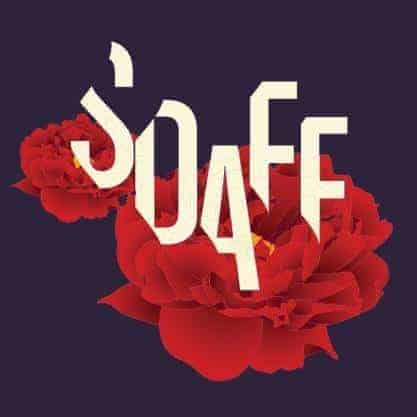 The story takes place in one of the director’s favorite setting, the forest, which this time, is located to Mount Yoshino. In this rather secluded area, a resident ranger, Satoshi, spends his days in loneliness, with his only company being a dog and a blind woman named Aki, who seems in perfect resonance with the forest.  Aki feels that something is about to change in the forest, but Satoshi chooses to ignore it, until it hits him right in the face. Enter Jeanne, a French journalist who seeks the locals’ help in locating a mythic all-curing herb called “vision,” which legend says only appears every 997 years. The language barrier between the two proves no issue (particularly since Satoshi seems to know some English, which Jeanne is fluent at) and the French soon manages to break the wall of solitude the hermit has built around him. Inevitably, the two become lovers. When Jeanne is forced to leave, though, and Satoshi’s son appears everything changes, including the nature of the movie.

The first word that comes to mind when thinking about “Vision” is uneven, with the 1-hour mark in the movie being the dichotomy in a change of style so radical, that we could be talking about two different films. In the first part, Kawase and her cinematographer, Arata Dodo, allows us to marvel in the beauties of the natural environment, focusing on the forest as much as on the sky, thus offering a plethora of images of extreme beauty. Apart from the visual, the romantic aspect is also captivating, with the no-nonsense way the two end up together functioning quite nicely, through the almost archetypical type of romance being a reluctant hermit and a feisty stranger. The subtle sensuality depicted also adds to the overall aesthetics of this part, with Kawase shooting the erotic scene in a very fitting fashion.

The second part however, manages to ruin the taste the first one left almost completely. The timeline gets mixed, with the same happening to the characters, and the narrative style transforms into something delirious, surrealistic, and worst of all, filled with pretentiousness. Evidently, Kawase wants the audience of the movie to focus on image and sound, but the change of style is so abrupt, that does not allow that at all, despite the evident artistry involved. With people dancing in the woods, supposedly in perfect symmetry with nature, and fires coming out of nowhere that have an alternate meaning that some can see and some cannot, people dying by accident in the woods and babies carried to elder people as a sort of exchange, one cannot but witness the pretentiousness, which faults the film to the point of almost ruining the movie completely.

The acting is on a very high level, with Juliette Binoche as Jeanne dominating the movie with her presence, and particularly her smile and her good-natured confidence, and Masatoshi Nagase as Satoshi highlighting his withering reluctance towards the “strange” woman in great fashion. Their strange but quite functioning chemistry is also evident.

I think “Vision” had all the elements of becoming a naturalistic, art-house romantic story, but Kawase did not manage to restrict the pretentiousness quite frequently appearing in her works, at least not in the degree she did it for “Radiance”. The visual aspect however, along with the first part, provides a good enough reason for someone to watch the film.

Film Review: To the Ends of the Earth (2019) by Kiyoshi Kurosawa