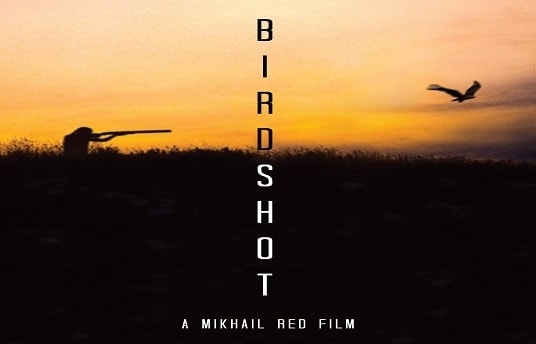 Winner of the “Asian Future Best Film Award” and the official Filipino entry for the Best Foreign Language Film at the 90th Academy Awards, “Birdshot” was a big success in the international festival circuit this year, not to mention a really good film.

The film revolves around two axes, which intermingle after a fashion. The first one involves Diego Mariano, the caretaker of the area around the sanctuary of the haribon (Philippine eagle), an almost extinct bird whose killing is considered a felony in the country, punishable by imprisonment and significant fines. Diego’s wife died in birth, and he has to take care of his 14-year-old daughter, Maya. Maya is somewhat secluded in the caretaker’s house and wishes to see the world beyond the area, but Diego wants to teach her survival lessons, in case anything happens to him. These “courses” include shooting lessons, which actually have the opposite effect of what Diego anticipated, since Maya eventually wonders into the sanctuary with her father’s rifle, and ends up killing a Haribon. Soon, the police come knocking at their door, investigating the death of the bird.

The second axis revolves around Domingo, a rookie cop who has just been assigned to the local police station. His first case involves the disappearance of a bus carrying farmers who were en route to Manila with complaints about unfair treatment. As the case becomes more and more complex, Domingo’s commander, De la Paz, orders him to drop it and deal with the death of the Haribon. His partner, Mendoza, tries to convince him to do so, but Domingo protests, until the behaviour of his “fellow” officers and some threats to his wife, turn him completely around, in a change of behaviour that finds its apogee in Diego’s violent interrogation.

Since the Korean CJ Entertainment was involved in the production, I expected one of those crime thrillers that have given Korean cinema the place it holds at the moment in international cinema, and for the most part, I was not wrong. However, Mikhail Red went a step forward, by combining Korean crime-thriller aesthetics with a sense of the supernatural (not presence, just a sense) so frequently appearing in Filipino cinema, which worked quite well in the film, as it captivates the interest of the spectator from the beginning. Furthermore, the mystery that permeates the story keeps it interesting until the end, despite the fact that, as the story progresses, the director seems to forget what he wanted to do, to the point that the ending part was not conclusive of the main story, despite the fact that the final message is rather impressive in its ambiguity.

The cinematography is another of the film’s traits, with Myoko David using the tropical setting excellently, in both the forest and the provincial roads, while the scenes in the dark emit a danger that emphasizes the thriller elements, along with Tereza Barrozo’s music. The concept that the sanctuary of the eagle, a place of protection, eventually becomes one of intense danger, also suits the film very much, with the above elements (cinematography, music) having much to do with the fact.

The acting in the film is also on a very good level. Manuel Acquino as Diego is very persuasive as a tough man, who will do anything to keep his daughter from danger. Arnold Reyes as Domingo is impressive in exemplifying his character’s frustration, while his transformation to a cruel man is one of the film’s highlights. Another one of these highlights is Mary Joy Apostol as Maya, who portrays the girl on the edge of adulthood with the same elaborateness as she does the vigilante.

“Birdshot” is a very entertaining film, which could have been a masterpiece of the mainstream if not for some faults on the narrative. However, it is a more than encouraging effort for both Mikhail Red and Mary Joy Apostol, whose future endeavors I cannot wait to witness