Fruit Chan’s cinematic efforts in the 21st century have been unequal. Films like “Three Husbands” and “The Midnight After” highlight the reasons he is still considered among the most important HK filmmakers, while others, almost the opposite. “Kill Time”, unfortunately, falls under the second category. 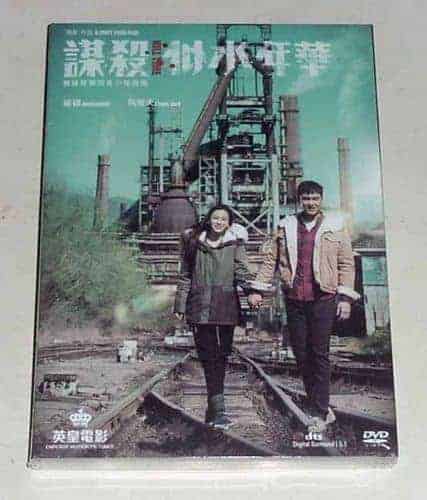 Based on a novel by Cai Jun, the story unfolds in three different timelines. Xiaomai is a young woman, whose policeman father died a bit before, while trying to save a woman from drowning. Xiaomai is about to get married to Shengzan, a childhood friend, but things take a rather unexpected turn when she stumbles upon Witch Zone, a website whose slogan is “Buy Anything You Want”. The girl decides to buy memories, despite Qianling, her best friend’s nudges not to deal with such shady companies, and ends up owning a purple scarf, that looks exactly the same as the murder weapon of a crime that took place more than 15 years ago, and her father never managed to solve. When Qianling is found strangled with the same scarf, Xiaomai decides to investigate further, and soon all the clues point to Qiu Shou, a boy whose mother was the victim of the aforementioned crime and her father brought home when he realized he was an orphan. Furthermore, and in the middle story line when both the boy and Xiaomai are teenagers, they eventually became a couple, in a relationship that ended, however, with his disappearance. The girl believes that Qiu Shou is back to take revenge, but soon the story adds a briefer, even older timeline that is placed just after the Cultural Revolution, when the girl’s father visited the countryside while in the People’s Liberation Army.

I have not read the original, and thus, I do not know if the story is so complex in there also, but the fact is that the script of the movie is messy, and the implementation of the story by Fruit Chan chaotic. The three timelines (Xiaomai a kid, a teenager and a woman) are clearly distinguished, but what and particularly why it is happening in each is not, with the web of relationships eventually getting so tangled up that only a series of very far-fetched events, which occasionally border on the metaphysical, could justify them.

At the same time, such messiness is also an element of the context. Fruit Chan seems to want to deal with love, time, history, destiny, memory, commercialism and a number of other elements that also include a tribute to the now deceased Leslie Cheung and Teresa Teng, whose songs feature on the soundtrack and their date of death on on-screen texts near the end of the film. Evidently, these are too many elements to include in one film, and Chan does not get the chance to explore them adequately, with the narrative eventually getting lost in their plethora and the overcomplicated story.

In that setting, Angelababy as Xiaomai and Ethan Ruan as Qiu Shou do  not get the opportunity to show their skills, since their characterizations suffers from the script and the overall direction, and their love story borders on being caricature-like.

On the other hand, the cinematography and the overall visual aspect of the film is quite good, with Wah-Chuen Lam’s cinematography capturing the essence of all the different settings and scenes accurately and with artistry, also highlighting Fruit Chan’s prowess in composition.

“Kill Time” has fallen into the trap of doing and including too many things in one movie, resulting in a film that is mediocre as a whole, despite the fact that its elements seems interesting, individually.