Arguably the most ambitious Japanese film ever made, perhaps no other Asian film with few exceptions is more prominent or timely than Kinji Fukusaku’s celebrated adaptation of a novel from the prolific Sakyo Kumatsu. Stacked with an international cast from around the globe and loaded with the largest budget of any local film at the time, now is the perfect opportunity to take on this genre effort. 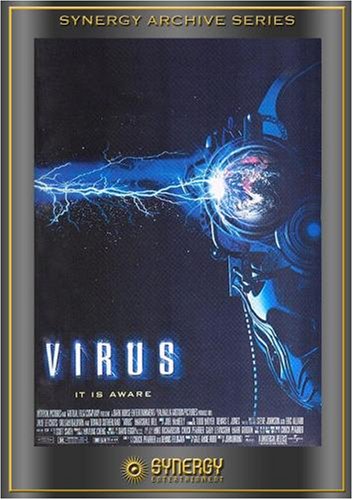 One month after a devastating accident, a US scientist is frantically looking for the missing MM-88 virus which is a potentially globally-threatening bacteria. Shortly after his discovery of the potential threat to the situation, he’s swiftly locked away, preventing the world from knowing the truth when a strange viral outbreak affects the entire globe. By the time the outbreak has reached full-blown pandemic, it’s too late to save the world, as massive casualties are reported, leaving a small gang of survivors at various research stations throughout Antarctica. With the fate of humanity resting on their collective shoulders, a potential cataclysm emerges that will signal the end of the world unless they race into action to stop it.

Overall, “Virus” is a dark and depressing effort. Among the many positives here is the fact that Fukasaku and co-writers Koji Takada and Gregory Knapp make known it incredibly early, the danger and importance of the virus. Barely ten minutes into the film is a perfectly-placed speech about the known properties of the virus and what it can do to a person’s body. This bit of background info manages to impart enough evidence of the situation that there’s all the information placed at the forefront of the worldwide spread of the resulting infection. By the time the scenes of the panic and chaos start to overcome the world, the riots and various marches for help from the authorities, there’s a real-world closeness looming behind these scenes that makes for an eerie, unsettling time.

The fact that this bleak atmosphere runs throughout here manages to impart a real sense of humanity and emotion into “Virus.” As the entire point of the film is to showcase the potential hope for an outcome to the pandemic, to witness the sight of a broken and beaten down humanity remains struggling to watch. These scenes are also eerily similar to the potential realism they could offer in the future. That becomes even more pressing in the second half when the full extent of the calamity is revealed and the hope of the stations found in Antarctica comes to fruition. Realizing that the series of global threats isn’t resolved and the bleakness of their lives is apparent, the series of calamities occurring not just to them but around the world that seems to push humanity to extinction at every opportunity, not only hammer that home incredibly well but speak directly to the threatening nature of the situation.

If there are any negatives to be had with “Virus,” it would certainly be the butchering done to the film upon release, as there are select release cuts and versions. The two-and-a-half-hour version offers the complete experience here, focusing on the Japanese scientists getting caught up in the outbreak and their efforts to try to quell the hysteria from the population around them. That is reduced to a segment in a series of drop-ins around the globe showing how they’re being affected by the virus in most other release cuts. Large swathes of the first half are trimmed down or removed entirely in various releases, leaving this to be choppy, disjointed and somewhat staggering to get a hold of, since large scenes are removed. That is only due to the trimmed-down edits that exist of the film and not in the original version which doesn’t have those issues. However, that version has the unfortunate side-effect of being overlong and feeling like there’s padded material to bump out the running order. These are really the only issues to be had in the film.

A dark, dreary and utterly depressing effort, “Virus” is a worthwhile large-scale disaster film if you’re able to see the right version which makes the full scope of the pandemic that much harder-hitting and mostly timely. This is perfect for the current state of the world or those that enjoy bleak and depressing cinema, while viewers with no interest in such matters won’t be impressed with this one at all.