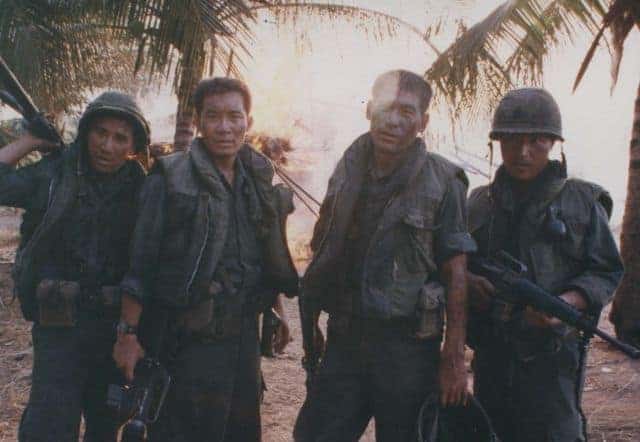 South Korea provided the second largest contingent in support of South Vietnam, after the US. Providing what was effectively a mercenary force, South Korea earned payments from the US which kick-started her period of meteoric economic growth (source: https://londonkoreanlinks.net/2010/07/13/white-badge-korea-and-the-vietnamese-war/). However, both the war, and the rather abrupt economic boom took a toll on Korean society particularly on the working class, who provided the main source of men for the Korean force.  This presence has recently come to the fore, particularly through “Ode to My Father”, which took a dramatic, but entertainment-focused approach to the actual events. If one was to see the real circumstances of the Koreans who fought there, though, one should look no further than “White Badge”

Based on Ahn Jeong-hyo’s homonymous novel, the film revolves around Han Gi-joo, a Vietnam veteran who works for a local newspaper, writing articles about the war, while his editor is pressing him to write a book about his experiences. Eventually, the articles and the news of the book’s release reach a comrade of his, Byeon, a man who suffers from a severe situation of PTSD, barely retaining his state of mind, who tries to reach Han. The pressure from the editor and the appearance of Byeon force Han to remember the war, despite his desperate efforts to forget completely.