The awards were first introduced in 1946 by the Mainichi Shinbun (毎日新聞) newspaper, which is the oldest daily Japanese one, since it has been on circulation since 1872. Nowadays, it is one of the three largest in the country, and it is noteworthy that two of its general directors were elected Prime Ministers. 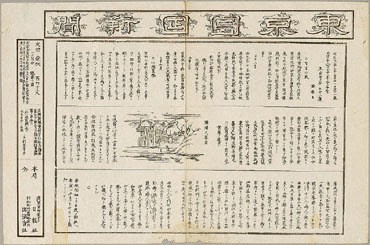 The first winners were:

Since 1962, a year after the death of Noburo Ofuji, one of the pioneers of Japanese anime, a new award was introduced in his name, for the best anime of the season. The first winner was Osamu Tezuka, with “Story of a Certain Street Corner.”With the rise of the anime industry during the 80’s, the major studios started dominating the award, against the small independent ones, who were those the award was initially created for. To address the issue, the awards’ commitee presented the Best Animated Film award for the major productions and the Ofuji focused once more to the independent ones. The first winner of the new award was Hayao Miyzaki’s “Kiki’s Delivery Service.”

In 1986, a new award was introduces to honor Τakaka Kinuyo, ine of the most important actresses of the country and the second one to direct a film, which is always presented to a woman, for her efforts in the field.

The award ceremony was held on 20 February 2016 at the Muza Kawasaki Symphony Hall and the winners were:

Film Review: Tonight, At The Movies (2018) by Hideki Takeuchi

Film Review: Fires on the Plain (2014) by Shinya Tsukamoto

Film Review: Fires on the Plain (2014) by Shinya Tsukamoto

Kiyoshi Kurosawa’s Journey to the Shore

5 Romantic Comedies You Should Watch This Valentine’s Day