Although not as frequently as the Koreans, Japanese still manage to turn up a number of crime films, mostly based on the plethora of novels of the genre that are published in the country, as much as on actual stories. The Yakuza theme, that was so common in Japanese cinema during the previous decades, is no longer at large and organized crime has given its place to the individual one; however, the quality has not deteriorated at the least, and as we are about to see in the list below, a number of masterpieces of the category are still being shot.

With a focus on diversity, here are 10 great Japanese films, in chronological order, where crime is the main element of the story. Some of the movies use crime (and/or violence) as a base to present various social comments, but I think these too have a place in this list. Initially, I wanted to present movies post 2010, but in the end, I decided to include “Late Bloomer” and “Suspect X”. A whim, you can say.

Go Shibata presents a film concerning inability that keeps its distance from the common triumph stories typically shot regarding this topic. Instead, “Late Bloomer” focuses on the violent ascent of the protagonist to a world where anybody is an enemy worth killing. 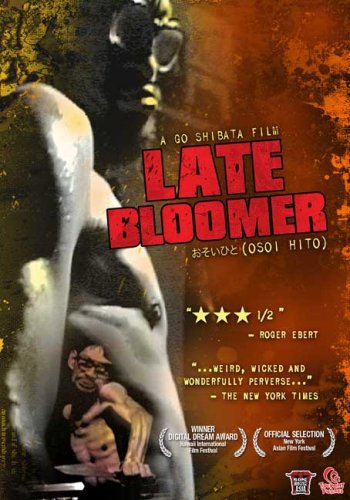 Hiroshi Nishitani directs a film that thrives on atmosphere, through a subtle but very intense duel between two extremely men. One of the tendencies of the Asian crime film, where the perpetrator is known to the fact and the focus is on the motive and the execution, finds its apogee here. 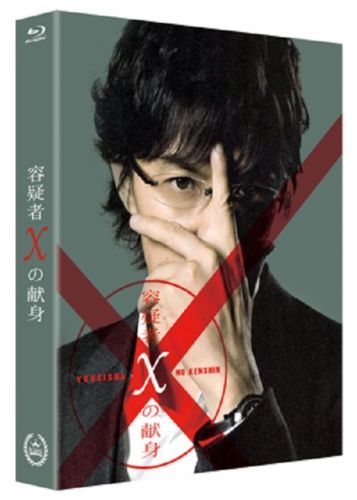 Lee does a great job of combining the classic, indie Japanese style with the slow tempo, with a number of sequences that are reminiscent of the quality Hollywood films, and the Korean crime ones. In that fashion, he directs a movie that lingers among the social drama, romance, and crime genres, all the while retaining an impressive balance.

Tetsuya Nakashima depicts the film mainly through flashbacks resulting from the confessions of the protagonists. Furthermore, he presents a number of social issues including sexuality, death and bullying, as well as the relationships between parents and children, between teachers and students, and between parents and teachers. 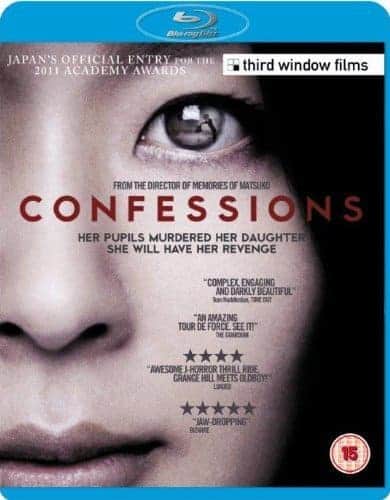 With that said, after awhile “Outrage” settles into a continuum of beatings and deaths, and it becomes difficult to follow the alliances and their breaking, to the point where the audience cannot sympathize or even get to know a character because he is almost instantly killed, with the sole exception of Otomo. Due to the aforementioned factors, the film could be interpreted as a parody of the genre, while Kitano seems to stress the fact that the Yakuza world is outdated, hinting perhaps that the same thing applies to the whole film genre. 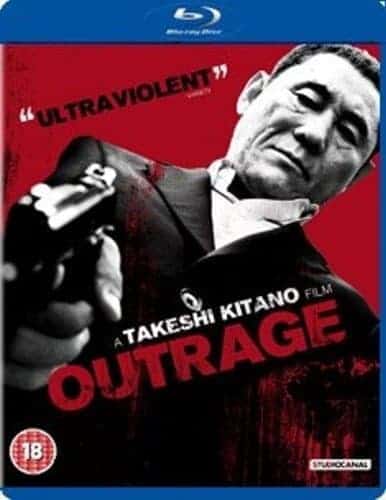 Once more, Sono shows how adequately he can handle the extreme. His characters, although quite different in their conception, are all exquisite as much as they are distinctive. In particular, Hisako Ookata, who plays Mitsuko’s mother, gives one of the most terrifying smiles ever witnessed, and one of the foremost unconventional family scenes, even for a Sono movie. 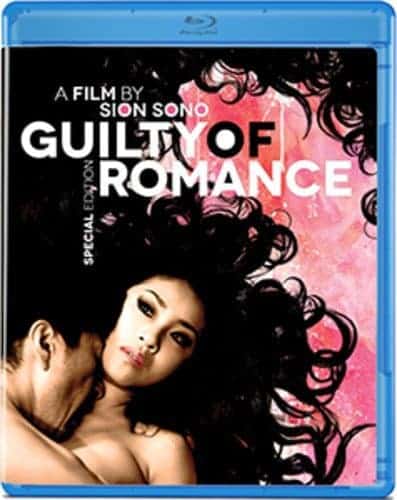 Borderline violence, extreme gore and sick sex make “Cold Fish” one of the darkest studies on the human psyche, while elements of black comedy and the ironic, social commentary are equally visible throughout the film’s 146 minutes. Sono, per his words, “wants to depict a sense of total hopelessness,” thus presenting the fact that sometimes people, when faced with extreme situations, simply kowtow instead of reacting violently, as the circumstances dictate.

Izuru Narushima took a risk, exposing little Konomi Watanabe (Kaoru) so much in front of the camera, though at the end he certainly won the gamble, since she performed in utter professionalism in spite of her age. Another accomplishment of his is that he managed to portray a character like Kiwako, whose crime is universally considered nefarious, in a way that makes her seem as the true tragic figure of the story, resulting in the audience sympathizing with her in the end.

As Hasumi is revealed as a serial killer through a number of scenes elaborately put together, Miike proves his prowess in combining image with sound. The lyrics of the German track sung by Berthold Brecht, which are translated on screen, actually describe a serial killer, and the combination of those lyrics with the actual images of the film gives an uncanny essence to an already shocking sequence. The fact that Hideaki Ito, who plays Hasumi, is exercising naked, the episode from his past where he stabs himself, and the electrocution of the crows, that closes the scene, add to the grotesque, but elaborate aesthetics of the scene.

The characters, and particularly the two villains, are the film’s greatest trait. Pierre Taki portrays a true animal as Sudo, who stops at nothing in order to fulfill his purpose, with murder and rape being his most commonly used tools. However, the true devil is the “Doc,” played by Pierre Taki, a true sociopath who acts as the master of the beast. Both of them are great in their respective parts. Takayuki Yamada as Fuji portrays a character that seems caught between the facts and these two men , in a less demanding role. However, he succeeds in portraying his character’s constant angst and frustration. 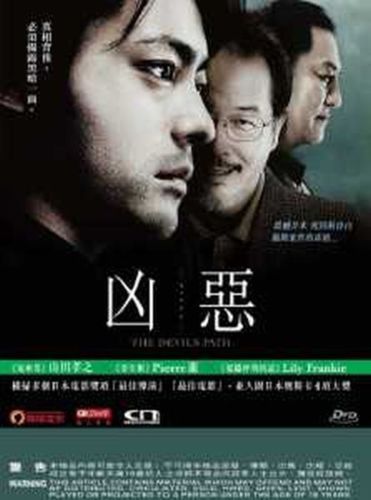 Nakashima has created a unique style of his own, which unfolds artfully once more in this movie: very vivid colors (although somewhat toned down in comparison with ” Kamikaze girls” and “Memories of Matsuko”), music video aesthetics in terms of editing, unexpected humor in extreme situations, and a general hyperbole, which, however, does not become tedious at all. Additionally, Nakashima implements distinct exploitation aesthetics of the ’60s and the ’70s, both Japanese and American 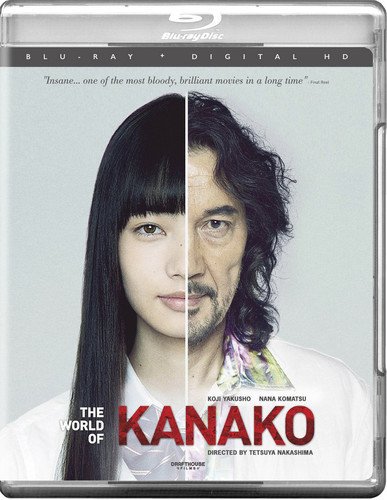 Yoshihiro Nakamura splendidly directs this superb script, focusing not solely on the case in hand but also on a plethora of social subjects. The film is split in two halves; the first presents the alleged facts from the point of view of the interviewees and the second the actual story, in a straightforward way. I quite enjoyed the presentation technique through interviews that appears similar to a documentary; however, the almost constant tweets appearing in the screen are tiring and confusing, especially considering that their translation also shows on screen, hiding the action and meddling with the other subtitles. Evidently though, this is a problem for the western audience. 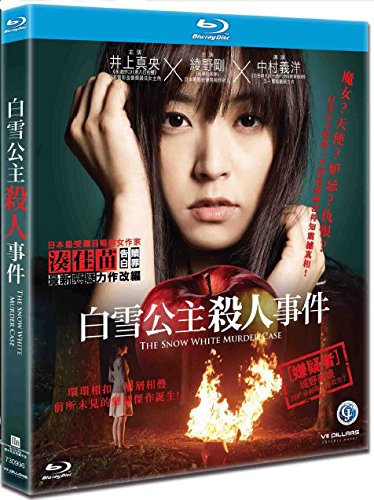 The film is set in 1994, shortly after the burst of Japan’s economic bubble, where banks were desperate to attract new clients, with house calls being a regular tactic toward that cause. The depiction of that era and the way the banking system worked, mostly with handwritten material instead of computers, is very realistic, and provides a logical frame for a low-employee to embezzle all that money. This realism extends to the way the employees function in the highly antagonizing finance world, with intrigues, secrets, and the higher-ups taking advantage of those below them in the hierarchy, even for sexual reasons.

Kazuya Shiraishi, who knew the case quite well as a Hokkaido native, presents a film that looks like a modern version of Kinji Fukasaku’s The Yakuza Papers pentalogy, although, in this particular case, the protagonists are cops and not criminals. The aesthetics, though, remain the same, with the constant antagonisms among them, the corruption and betrayals, and even the violence, which is chiefly represented by Moboroshi, the most Yakuza-like of all. Also like the aforementioned films, Moboroshi has his own gang, which includes an actual Yakuza named Nakamura, a lowlife ex-addict named Yamanobe, and a Pakistani with Russian mafia ties named Rashido. However, with the exception of Yamanobe, who actually adores him, the rest of the gang stay with him for the profit, rather than out of devotion, as was the case with Fukasaku’s films.

Lee Sang-il directs an intricate drama with much depth, as it focuses on a number of social comments and concepts. Sex in its violent and abusing form is a central one, with Lee not shying away neither from the rape or the gay sex scenes. Aiko is in trouble in her “job” as she is eager to please every whim of her clients. Izumi is raped by GI’s near a base in Okinawa. The relationship of Yuma and Naoto begins with the former almost raping the latter, in one of the most extreme notions in the film, that this act can actually lead to love. Through this concept, another comment is presented, about the prejudice of society, which transforms a number of individuals into pariahs. 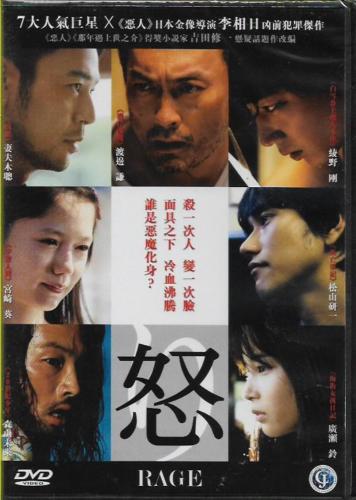 Iwai manages to present a number of messages regarding Japanese society, through a relatively abstract narrative that goes in and out of surrealism a number of times. The lack of actual communication among people and the “solution” provided the social media depict one of the most central, with the consequences of actually making life decisions based on people one meets online being disastrous. The fact that money seems to buy everything, from guests at a wedding to actual friends, is another, with Iwai including an ironically funny sequence where Amuro is taking care of a number of children in the park, actually having them on leashes, as if they were animals. The relationships of parents and children, which stretch from almost non-existant to oedipal is another one, while the futility of the concept of marriage, which derives from silly social rules and constant pretentiousness is another. 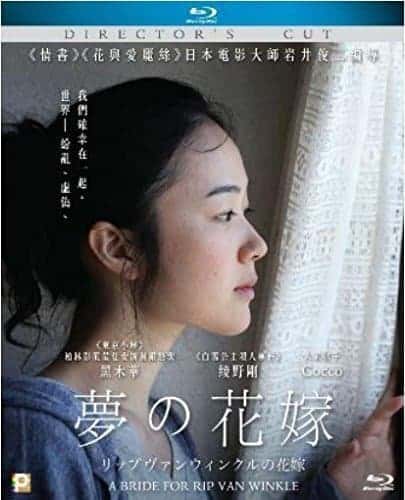 Keisuke Yoshida manages to elaborately merge two films into one, as the transition between the two parts is utterly smooth, despite their many differences. The fact that the second part, containing violence, gore, and sex, comes after the first one (which could be rated PG-13), is a very unusual tactic, but Yoshida made the most of it. The same applies to the messages he presents, as the first part shows the lives of the people living on the borders of society and where that can lead them, while the second highlights the consequences of bullying and violence in general

Yu Irie builds the intricate story quite elaborately, as his narrative includes news pieces, footage from the past, flashbacks, and many scenes taking place during a TV show, which give the first part of the film a sense that someone is watching an exclusive piece of news. The second part features more elements of an action thriller, as the film takes an obvious commercial turn, and the script becomes somewhat hyperbolic in the number and the nature of twists it includes. 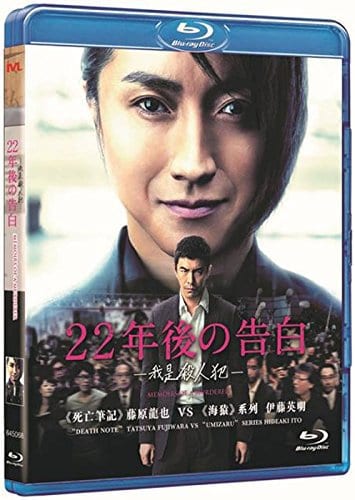 One of the most recognizable traits in Koreeda’s filmography is his attention to detail, and the particular movie is not an exception, as the various sequences in the court and the way all members of the judiciary conduct themselves is utterly realistic. In order to present such accuracy, Koreeda brought together seven lawyers over several months to stage mock trials and mock interviews of a criminal while he was taking note of their language and thought process.

Anshul Chauhan directs and pens an intense film that highlights a number of topics with socking realism, stripped of any kind of beautification. The world of escorts is the first one, with the presentation being filled with violence, orders the defy even the natural needs of the women involved, and a hopelessness that eventually comes hitting at Jun’s door in the cruelest way. The second is abuse, and particularly towards women, with Jun being presented as a strong woman who finds herself powerless in the midst of the men around her, which include Taka, her boss in the hostess club, and her father.

The 10 Best Movies of Satyajit Ray

30 Asian Zombie Movies That Are Worth Your Time

The Top Five Upcoming Movies for 2019