“Heart Blackened” is a South Korean legal thriller starring Choi Min-shik and Park Shin-hye. This film is a remake of the Chinese film “Silent Witness” (2013) directed by Fei Xing. Honey Lee, who plays Park Yuna and Lee Soo-kyung as Im Mi-ra, were both nominated for Best Supporting Actress at the 54th Baeksang Arts Awards.

Yim Tae-san (Choi Min-shik), a chaebol, is deeply in love with his new girlfriend, Yuna. Mi-ra, his daughter, is a spoiled club kid, and the two of them do not see eye to eye, having trouble getting along. While out drinking at a club, Mira’s friends find an online sex tape featuring Yim’s new girlfriend. The two women meet to discuss the video and Yim’s new love turns up dead and his daughter is the prime suspect. The film settles into a court room drama in the second act and I can’t say where the third goes but it caught me by surprise.

Director Jung Ji-woo has eight features on his directing resume and this is the first film I have seen of his. I am inclined to check out his other work since I really enjoyed this one. The theme I can’t comment on in too much detail since that would be a dangerous step towards spoiler territory but let me say it didn’t go where I thought it would. All the characters are interesting in this and the pacing is similar to many other legal thrillers. We only spend one act in the court room whereas I thought most of the film was going to be set there. One of the strongest elements of the storytelling  is who the real hero is. Again with out mentioning any spoilers, the hero may not be who you think it is and that is a fun part of watching this film. 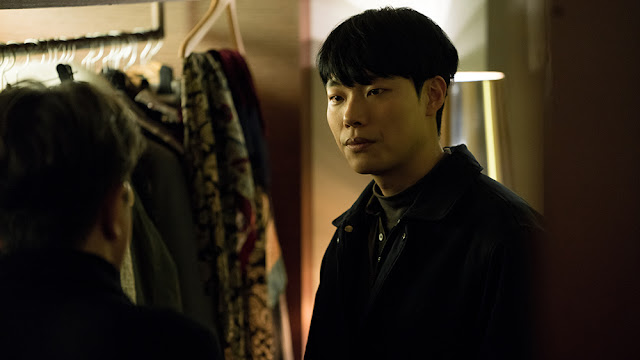 South Korean star Choi Min-shik, of “Old Boy” (2003) fame, is wonderfully complex in this film. His character manages to be warm and sometimes cruel with something always boiling beneath the surface. It makes you want to pause the film and study his face to figure out what his character is really thinking. Two other characters who I found the most interesting were the lawyer Yim hires to defend his daughter, Choi Hee-jeong (Shin-hye Park) who quickly becomes a character we focus on in act two, and a surveillance camera technician , Kim Dong-Myung (Ryoo Joon-Yeol). I really like Ryoo Joon-Yeol’s look, since he has a slyness to his face that makes him interesting. Yim’s wife Yuna is played by the stunningly beautiful and multi-talented Ha-nee Lee aka Honey Lee who was third runner up in the 2007 Miss Universe pageant. Honey Lee is not only a joy just to watch, evidenced by her almost one million instagram followers, but she really shines here as Yim’s new girlfriend, whom we believe really wants to connect with Yim’s daughter and is deeply in love with him. The other actor I want to mention is Jung Seung-Gil who plays Yim’s driver and right hand. He brings a fatalistic soldier vibe to the role, as he acts as a dark pivot for Choi Min-shik’s Yim.

The technical aspects of this legal thriller are all noteworthy. The use of natural light in many of the scenes helps keep this film grounded. Considering so many of its stars are gorgeous, seeing them in natural light keeps them real to the audience instead of highlighting their lack of flaws. There isn’t a wrinkle on any of their faces except Choi Min-shik’s, who has enough for the entire cast. Some of the camera movements I found interesting as well. We see a number of 180 degree cuts and the editing keeps the pace quick even though this is a two hour film. There is one shot that stood out where we have an amazing transition from a picture of water on a smart phone and we zoom in to real water and up to see a boat. It’s one of the best uses of an elipsis I have seen in a while. I also enjoyed the very slow fade at the end of the film. 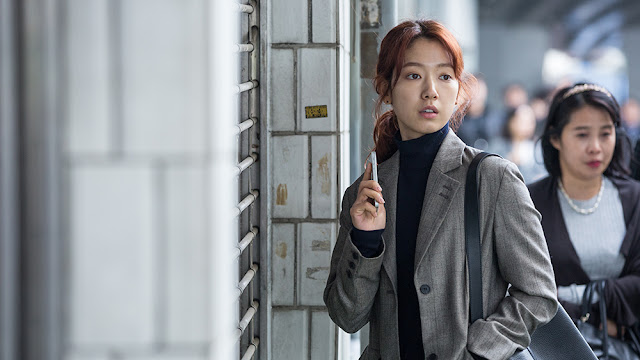 “Heart Blackened” is a rare movie,  since most studios,  no matter what country you live in don’t tell this kind of story these days. Legal thrillers were all the rage in the 90s but today we don’t see many of them. I can’t remember the last legal thriller I have seen other than Law and Order re-runs. “Heart Blackened” is a wonderful three-act tale of a family in tragedy, with interesting twists and very well cast actors. Give this a watch if you are tired of super hero films and want a moving cinematic experience that features a cast of interesting actors.