A rather unusual flick by Takashi Miike. No detached Body parts, no gory violence. Instead, we get to see a modern fairytail about the downside of globalization. 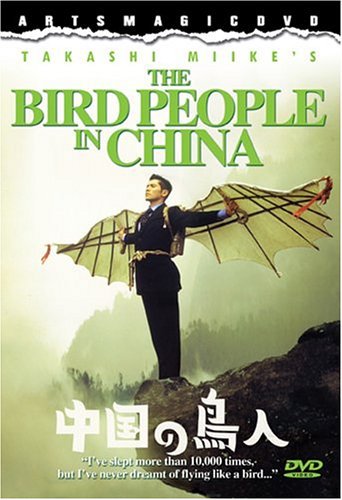 Wada, played by Masahiro Motoki (“Nokan”, 2008), works for an energy company. One day he unwillingly replaces a colleague on a business trip to a Chinese jade mine. On his heels is the yakuza Ujiie (Renji Ishibashi), whose boss is also interested in the jade mine. In the beginning separated then together, both of them are going on a journey into the untouched parts of the Chinese jungle, only accompanied by a local guide.

Due to an accident, the guide is temporarily unconscious and the group is lost until locals rescue them and take them to the village next to the jade mine. Once there, they learn about the peculiarity of the villagers. According to an old legend, the people have the ability to fly.

Wada and Ujiie, who had actually come for the mine, become more and more immersed in the legend and become part of the village life. Especially for Ujiie, who is pursued in his dreams by the acts of his criminal life in Japan, the mountain village offers a refuge.

Director Takashi Miike is a machine. Besides “The Bird People in China” he released three other movies in that year. His oeuvre includes more than 100 films and he is not willing to retire yet. Because of this, a lot of movies suffer a lack of decency. Quantity instead of Quality. “The Bird People in China” marks one of Miike’s intellectually highlights, which almost rejects the trademark violence and sex sequences that can be found in so many of his other works. The trashy direct-to-video aspect is not present. At the same time, one can see other typical motifs like the confrontation between people with different backgrounds. Travel to foreign places and contact the local culture is a common theme. Takashi Miike is fascinated by the unknown. In “The Black Society”-trilogy the director already deals with immigrants belonging to the criminal milieu. Later, in “The Guys from Paradise”, he lets his characters travel to the Philippines.

The special thing about “The Bird People in China” is the critique of the modern, Japanese society. Japan seems to be different. Everything is faster than in the rest of the world. People start to suffer under a hectic lifestyle. China is, therefore, a source of recreation and is presented as an untouched reservoir, which helps the Japanese characters to find a way back to their true inner self. The movie underlines this on many levels. Light, editing, costumes. The modern Japan is thwarted by the traditional China.

Miike comments indirectly on Japan’s development, that caused a further distance from China. China used to be a role model for Japan, but in the course of Japan’s modernization the big neighbor became less important and stepped behind the USA and other Western countries. As a result, the Japanese society sacrificed certain values, like inner peace, to keep up with the globalization. 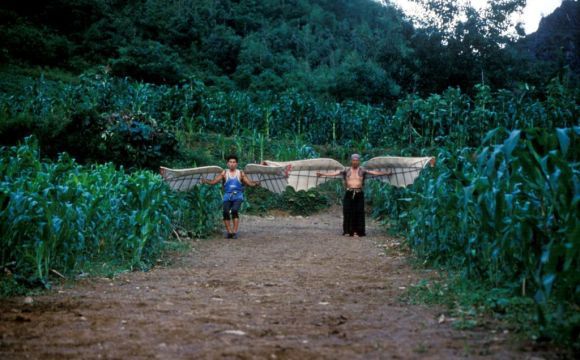 With this film, Takashi Miike allows himself a little more space for fantasy. Ujiie changes the most. During his stay in the village, his violent outbreaks become less and he trades his white yakuza suit for the traditional apparel of the locals.

“The Bird People in China” is an offbeat Miike film. At a second level, it tells a lot about the Chinese-Japanese relationship.