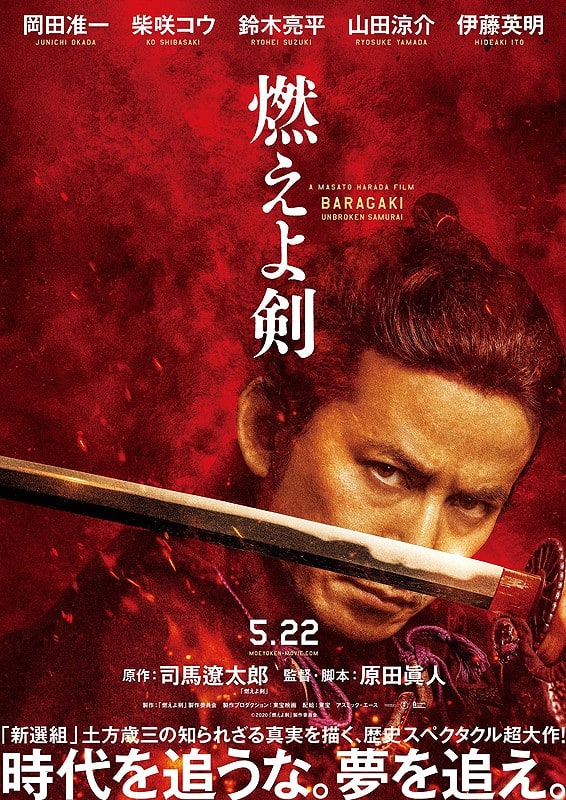 Japanese director Masato Harada (“Kamikaze Taxi“, “Kakekomi“) most recent project “Moeyo Ken” is set for release on May 20th 2020.  The film is based off of the real life historical figure Toshizo Hijikata. Actor Junichi Okada (“Library Wars”, Samurai’s Promise”) who previously worked with Harada on “Sekigahara” plays the role of Toshizo Hijikata. A trailer for the production has been made available and can be viewed below.

Set in the 19th century, “Moeyo Ken” follows the life of Toshizo Hijikata (Junichi Okada). He was the vice-commander of the Shinsengumi and fought against the Meiji Restoration. (AsianWiki)