Production I.G. and WIZ wanted to shoot an impressive TV science fiction tokusatsu action drama (and to introduce a toy line) and in order to draw more attention to it, decided to let Takashi Miike direct the first episode, and to give him a rather big budget for a TV production. The crossover nature of the series that involves crime, science fiction, school drama and comedy among others suited Miike perfectly, and the result is impressive. 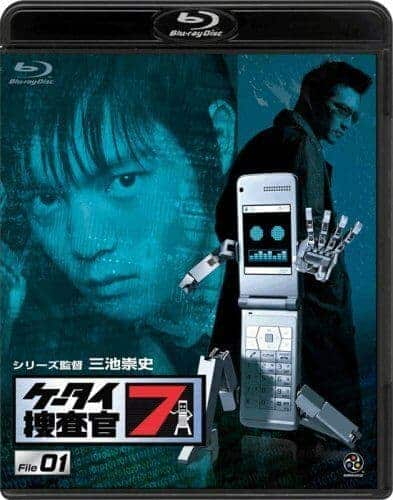 The film starts with the president of a large company being trapped in an elevator by a hacker who threatens to kill him by letting the elevator fall to the basement in top speed. The police seem unable to deal with the situation and Under Anchor, a major cellular telephone service provider that carries out investigative field missions related to data and technology crimes, takes over. Sosuke, a cocky agent and his Phone Braver, a mobile phone that can transform into a tiny robot, arrive at the apartment of the hacker and quickly resolve the situation. Soon, however, it is revealed that the perpetrator was not acting alone, and another villain is revealed, along with an evil Phone Braver. A bit later, Keita Amishima, a detached high school student ends up in a middle of a heavy machinery going rogue situation, in a series of events that have him also becoming a member of Under Anchor.

The first thing one will notice in the episode is that its premises lean more towards a movie than a TV series. The presence of actors like Jun Kunimura and Kanji Tsuda definitely point that way, as do the great SFX and animation sequences. Particularly the whole presentation of the Phone Bravers is impressive, if somewhat humorous, while the various action scenes are extremely well shot. The fact that one is very sci-fi as it revolves around a heavy machinery vehicle that becomes rogue (in Transformers-like fashion) and the last one is more realistic, with hand-to-hand combat also works quite well for the narrative, highlighting Miike’s direction in different styles.

Some absurdness is also present and the fact that the mobile phones are sarcastic and the regular police officers clueless add much to the comedic element of the episode, as much as to the entertainment it offers.

Kanji Tsuda is great as the cocky, always cool detective while Masataka Kubota as Keita Amishima highlights both his teenage angst and his courage in the best fashion.

“A Walking Cellphone” is a great episode, which truly transcends the borders of TV programme, with Miike definitely succeeding in his hired purpose, to draw interest to the series.