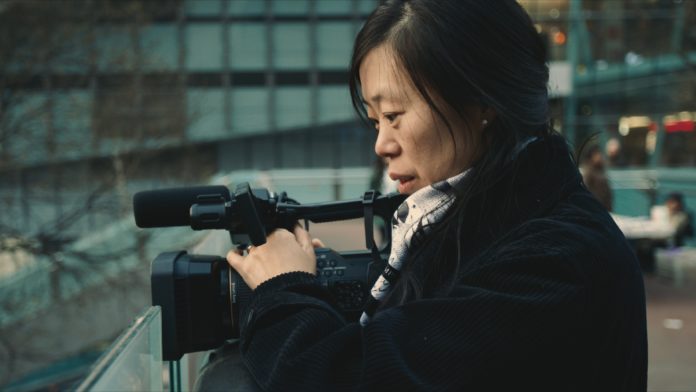 Born in 1977 in Yichun, China Yu Hao studied Media Science and English and had worked on many film productions until she became the producer of a Saturday evening program in Chinese national television. As part of this series, she also made a program about foreign countries and cultures which brought her to Switzerland, more precisely the Appenzellerland. During production she felt attracted to the country, its customs and traditions and in 2005 she decided to move there for good. In her new home, she produced many documentaries, most of which dealing with the Appenzellerland, its people and their traditions and eventually became a curator for Ernst Hohl-Kulturstiftung Appenzell, an institution that organizes cultural events and exchanges.

In her new documentary “Suddenly Homesick” , which has screened at many European film festivals, for example, Solothurn Film Festival, t Yu Hao tells the story about Switzerland becoming her home while also discussing the concepts of “home” and “foreign” in general. We sat down with the director to talk about her film, her idea of home and the genesis of her film.

In your film you quote Swiss artist Ueli Alder, who said that “if you travel far enough, you will eventually be on your way back home”. While this is certainly true in terms of geography, in what does this statement reflect one’s feelings towards home?

I met Ueli in 2013 when we were preparing an exhibition of his work at Haus Appenzell. He talked to me about his many journeys, for example, to the United States, and I suddenly realized the exhibition is also some kind of platform for him, because through his camera, he attempted to approach what the concept of home means to him. I also realized I never really thought about the idea of home myself to this degree. It wasn’t until I made “Suddenly Homesick” and the film was in post-production I began to understand what “home” actually means.

In addition to my work on the film I read about eight books on the subject and understood that home can be defined through one’s memories, for example, about childhood. If that is true, then China must be my home and not Switzerland. However, I feel much more comfortable, much more at home in this country than in China – so doesn’t this make Switzerland my real home?

In “Suddenly Homesick” there is the opening sequence showing my childhood and youth which was added very late in production. I decided for an animated sequence using paper-cut technique which does not allow any mistakes since once you have made a cut, you have to work with it and cannot undo it. To me this is an interesting metaphor for life since we also have to live with the decisions we make.

When I moved to Beijing because of work I never questioned this step because having a career was more important to me than family at the time. During the making of “Suddenly Homesick” I understood how there have been many of these so-called “fake reasons” on which I based a lot of my choices. I always thought I could live and work anywhere I wanted to, but the real reason for me to make these choices was, as I realized later, this intense sentiment of feeling like an outsider or not belonging.

In German film, there is this concept of the “Heimatfilm”. Can this category be applied to your film as well?

It depends. What do you think?

If we think of it as a film showing a certain, maybe even the stereotypical landscape of a country, than yes. But then again in your film, the Swiss landscape is much more than just a setting.

To be honest, I don’t know about this category, but as long as a film tells a certain story it does not matter that much.

Many of the sequences in the film are quite old. None of them have been recorded with the purpose to make a feature film or documentary. If that had been the case, naturally the result would have looked a lot different than it does now.

To come back to your question, I cannot say whether “Suddenly Homesick” fits this category because I need to distinguish between the feeling of being home and the feeling of belonging. The former can be achieved through various rituals and traditions, but the latter is established through our encounters with other people. If a person tells me he or she feels as if he/she does not belong, that makes me quite sad, since this person tells me he or she does not belong anywhere, or at least feels that way.

How did you come up with the interesting title of your film?

(laughs) In the last years I was asked by a lot of people who live where I live now if I feel homesick, if I miss anything about China. I could not really answer their question because I never understood what being homesick meant. This was until 2013, when me and my husband went on a vacation in South-East Asia, which included China and I suddenly had this strange feeling inside of me one morning during breakfast. At that moment I wanted to go back to Switzerland and because I could not do that I was quite sad. Ever since that experience I cannot stay away longer than three weeks from Switzerland since the feeling of being homesick becomes overwhelming.

I understand that at that moment it must feel quite bad and horrible, but isn’t it also a symbol of triumph since it basically confirms you have found a home?

I don’t think you have to “find your home”. I have always felt strong and free when I was independent.

One day, I was on my way back from Norway, I had this incredibly beautiful feeling there is this place out there that is only for myself and where I could feel at peace. This is what home means to me: that place where I feel at peace and feel secure. That is the place where I want to grow old.

At the same time, home is not just a place, but defined through my encounters with people, the landscape and the social or political structures of this place.

In “Suddenly Homesick” you talk about the view of the outsider or the observer. Was there a moment when you felt this changed and you had to give up this position? Was it connected to learning the German language perhaps?

No, not really. In Urnäsch where I live there is a tradition called “Silvesterkläusen” which is also featured in the film. In Switzerland we celebrate New Years Eve twice each year, one the 31st of December and on the 13th of January following the Julian calendar. The Silverchläuse go to each family in the village or town and bring good wishes for the coming year.

When I moved to Urnäsch, I would go and see the ritual taking place with my husband Ernst. While he would take pictures, I was filming the event just like a tourist.

One day, I asked myself what I was doing there since I also lived in Urnäsch whose inhabitants, as I mentioned earlier, would be visited by the Silverchläuse.

When I realized that I naturally stayed at home when this custom takes place, ensured by the feeling the Silverchläuse would visit my home. This changed my feeling towards the tradition and the place where I live and I never wanted to miss these events anymore. “Silvesterkläusen” is now more a tradition for me and has become a symbol which unites people. It gives me a feeling of belonging somewhere, a feeling I had craved for such a long time. So on the 31st of December and on the 13th of January I belong to Urnäsch.

Since “Suddenly Homesick” has been screened at many festivals in Europe, were there any reactions to the films that you found surprising?

Ever since the film has been released in Swiss cinemas, me and my team received so many e-mails and letters regarding the film, especially about how audiences reacted to it. Many viewers tell us about their personal connection to the themes of the film, how it paralleled their own experiences and how the film touched them emotionally. I gain so much from reading this kind of feedback.

Just a few days ago, the film screened at Solothurn Film Festival, which itself was an incredible and enriching experience. Originally, I thought the concepts the films deals with were limited to the region where I live now, but it turned out I was quite wrong. Both screenings, all in all, roughly 1600 seats, were sold out. The audiences really got into the film: they laughed, they paid attention and some audience members even cried at certain points. And as the credits rolled, they applauded for a very long time.

During the festival, when we were out on the streets of Solothurn, we also received much feedback for the film. Many people would stop me and my team wanting to talk about the film. One time we were sitting in a restaurant and two women came to our table. One of them had been attending the festival for 55 years, so since the festival was founded, and told me “Suddenly Homesick” was the best, most beautiful movie she had seen in all these years. That kind of praise left me speechless.

When I started doing this film, I thought this would be a subject matter which could interest people with a migrant background such as myself. Instead, many Swiss people tell me they saw something they knew in my film, something they could connect to. One man, who also comes from the Appenzell region, told me he could relate to many things I talk about in the movie since he also feels sometimes like he does not belong to the world around him and feels left out. He told me he understood the feelings I talk about in the film.

I think this feeling is quite universal. Everyone can relate to it in one way or the other.

You know I once read a text in which it said that having an open mind is something that comes with time. However, without an open mind, feeling secure is impossible.

In Switzerland, I am often asked what I think is the main difference between my new home and China, but I don’t have an answer because I don’t compare the two. You mustn’t do that. To come to Switzerland, to live here was a great opportunity for me to start anew. It is like when I drink Chinese tea, but would also like to try some of the local specialties, for example, Appenzeller beer or Alpenbitter. If I want to have an authentic impression of the new drink, I will have to finish my tea first and then fill my glass with the new drink.

If you decide to move to another country, you must have the courage to start anew. You have to learn to identify with the new customs and traditions, because otherwise integration will become quite difficult. When we start to understand and realize the familiar around us, we can see its beauty.

Thank you for this fascinating interview. 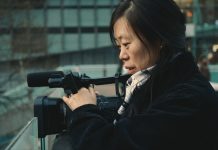