Eric Khoo helmed “Food Lore” aims to explore a number of social issues throughout Asia, by connecting them with the local cuisines. Erik Matti handles the Filipino episode, focusing on one of the most pressing problems the country faces: work-related immigration.

Nieves, who has been working as a housekeeper for a rich family in Manila for 10 years, returns to her birthplace of Cartagena, during the biggest celebration of the island. Her coming is met with enthusiasm by her friends and relatives, particularly due to the gifts and the overall “air” of the big city she brings. However, her husband Noel, son Tonton and teenage daughter Marianne are not exactly satisfied with her absence, while a decision she has made for both her and her daughter bring even more tension between the couple. At the same time, through flashbacks, the film reveals her extremely poor childhood, when she had to take care of her siblings after her mother’s death, learning how to cook by Mama Fe, her arrival to Manila and the meeting with her employer Sir Robert, who taught her another, more sophisticated way of cooking.

Erik Matti directs a film that uses food and particularly the differences in the cooking style of the various areas of the Philippines as his base, but soon becomes evident that his focus lies elsewhere. In essence, the main themes of the film are the differences between the rich and the poor and the issues resulting from a number of Filipinos and particularly women immigrating in order to make a living. The first aspect is the more evident, with the differences in food (perception) and the way Nieves conducts herself after living in richness (even as a housemaid) highlighting Matti’s opinion on the subject. The second however, and particularly the friction that is created between Nieves and Noel is much more complicated, as it also involves the clash between experiencing hardships in order to achieve a better life and adapting to a life less ambitious, but much simpler and less demanding. This clash and the issues that have resulted from Nieves’s long absence is what forms the main axis of the film, and is the main source of drama in the episode.

The way Matti goes about this aspect is quite good, with the build-up through flashbacks benefiting the narrative as much as the secondary focus on the various local dishes, with the combination of the two giving a sense of “lightness” to the episode, despite the overall dramatic premises.

The story is presented almost exclusively through Nieves’s point of view, being actually her story, with Matti anchoring the film on her. Angeli Bayani delivers in excellent fashion in the role, presenting all the aforementioned issues with realism and artistry. However, her interactions with Noel are the highlights of the narrative, and John Marvin Nieto’s measured performance plays a significant role in the fact, with their antithetical chemistry that also extends to their appearance, being one of the film’s best traits.

The work done in the cinematography is quite good, highlighting the differences between Cartagena and Manila in the most eloquent fashion. Great job has also been done in the editing, with the various flashbacks being well placed in the narrative and the overall, mid-tempo pace fitting the overall aesthetics excellently.

Erik Matti wanted to say a number of very specific things with “Island of Dreams” and he succeeded fully, with the secondary focus on the food adding a more than intriguing flavor (pun intended) to the whole film. 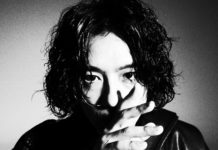