The first trailer of Believer, the highly-anticipated remake of Johnnie To’s 2012 Hong Kong crime thriller Drug War, has been unveiled ahead of its May 24th release in South Korea. 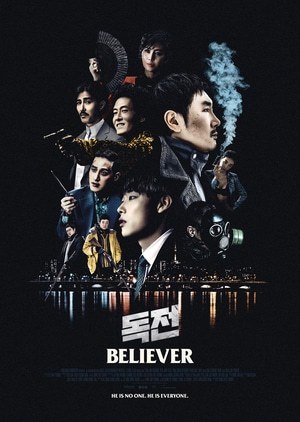 Lee Hae-young, the director of The Silenced, brings to the screen the tale of detective Won-ho (Cho Jin-woong from A Hard Day). He teams up with drug dealer Rak (Ryu Jun-yeol of A Taxi Driver) in the hopes of infiltrating and taking down a major crime syndicate that oversees the dark world of drug trade in South Korea.

The film will also act as a final bow for the late actor Kim Joo-hyuk, who sadly passed away this last November. If the trailer is any indication, however, his turn as the crazed drug kin pin Ha-rim will be a memorable, worthy swan song.

Buckle up and check out the action-packed, fast-paced trailer below.