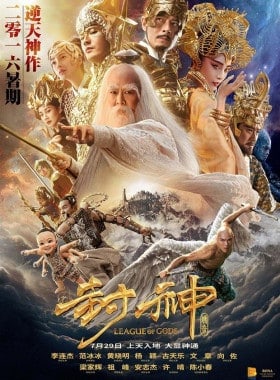 Jet Li is back and ready for action in the new fantasy epic League of Gods. Based on the 16th-century Chinese novel “The Investiture Of The Gods”.

Synopsis: A long time ago, a determined King Zhou, supported by his concubine Daji, sets his mind on conquering the Middle Kingdom. After years of slaughter, the unyielding Adept tribes have been eliminated in succession. Jiang and General Ji from Qishan are King Zhou’s longstanding opponents. Under a divinatory sign, Jiang discovers that the Sword of Light can reverse the adversity.