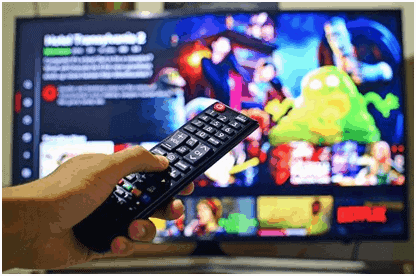 Film making started way, way back. People have been dreaming of capturing life – one way or another – for millennia. Yet, the ability to do so only became available in the 19th century. It was a revolution unlike any other. Entertainment was born in a new form and the early movies were basically five minutes of silence.

Today, in the 21st century, cinema movies have reached its highest status, with an average runtime of 169 minutes and silence is not to be found. Glorifying individual actors wouldn’t be enough – the entire industry has completely changed for the better, at least when it comes to availability. Just think of the options that you have today to see your box office favorite as a movie, tv-serie or both. You can easily find movies from all over the world and if you don’t want to see them as a full movie at the cinema, they soon show up as a Tv-version. Netflix, HBO, and Amazon Prime might are all solutions created to cater to our modern, hectic lifestyle.

Critics of the movie industry have claimed for years that the movie culture is dead and TV is taking over. The first thing that sticks out like a sore thumb is the fact that movies are no longer all the rage. The movie, as a ruling cultural format is somewhat dead to us right now. Not that Quentin Tarantino fails to turn up a solid crowd, of course but if in the past people weren’t completely bonkers about TV series, that was because series rarely had the money a movie would have to produce quality productions. Fast-forward to today, and things have changed significantly but the movie industry is far from dead.

Financially, the movie industry has managed to survive by finding new channels to drive revenue. Working together with the TV-industry is one big step. Monetizing on other industries like the gaming industry is another lucrative source of income for a film production. Soundtracks and original scenes from box office movies are incorporated by developers as movie themes in slots, social games and video games, targeting a diversified customer segment.

We also can’t ignore the fact that people still love to go to the movies. Nothing can replace the experience watching a box office premier at the local cinema. We just seem to be more selective, making sure we see a premier of a film we really have been waiting for to get the most out of the experience. To simply relax, most people love to spend time with a TV series at home. After all, the phrase “Netflix and Chill” is not just a random occurrence these days. People live extremely hectic lifestyles and choose to relax at home. They don’t hit the bars as often – and why would they? Busy traffic, noise, and not being able to rest well for the next day. There are much better alternatives online – and they work a treat! That’s why more people choose to stay indoors and just watch a movie, correction, a TV series rather than hitting a pub or a bar.

Today, we can watch streamed movies and TV series from anywhere. Asian filmmakers can now reach a large international audience without large budgets. Just think about it. Korean, Japanese or Chinese movies can be streamed and watched all over the world. Foreign TV series are perhaps even more popular as most of us live a very hectic life and find it difficult to find the time to watch a full movie. Our modern lifestyle requires us to chill at home whenever we can. This is where we stream the latest season of Stranger Things or Mind Hunter and enjoy the brilliant dialogue and cinematography even on our mobile.

It’s really awesome how services like Netflix has made film culture more available and when we don’t have much time, we can simply enjoy an episode of our favorite TV series. Short movies and series guarantees us a sort of a world in which we can fully and completely lose ourselves into when we only have a few minutes to spare. TV series may not be a big part of pop culture. But the truth is that they have become the preferred medium for many artists, including David Lynch, to express themselves.

How Mahjong Gambling Is Being Depicted in Today’s Asian Movies

4 Surefire Ways To Win In An Online Sports Betting