With the majority of filmfans and cinephiles forced to spend time at home, there are still ways to view Asian cinema in your region while still maintaining a safe distance to the world outside. Among other things Filmdoo offers a great selection of popular and lesser know Asian titles. Considering the aforementioned global situation, Filmdoo has offered free codes for those interested in their catalogue. Check out their homepage for further information and access their library.
To give you some suggestions, here is a selection of 15 titles you can enjoy on Filmdoo, all of which have been reviewed on AMP.

““Bleak Night” is an intimate drama about friendship, about personal tragedy and the pain of growing up. It is a film not defined by the cliches of so many depictions of teenagers, but rather a story showing patience and empathy with its characters and their flaws, even though their decisions end up having tragic consequences.” (Rouven Linnarz)

“The nature of the firearm as a means of wish-fulfillment is the ultimate expression of a society defined by apathy and an omnipresent death wish depicted in the various scenes of violence, abuse and estrangement found in the film.” (Rouven Linnarz)

3. The Foreign Duck, The Native Duck and God in a Coin Locker by Yoshihiro Nakamura

“Overall, “The Foreign Duck, the Native Duck and God in a Coin Locker” is a very interesting and entertaining production, in the easily recognizable style of the Japanese indie film, that benefits the most from a twist, which, although seems misplaced in the beginning, actually works quite well.” (Panos Kotzathanasis)

“With an ambitious narrative structure, a thoughtful visual/aural design, and some interesting performances, “God Man Dog” is a powerful take on the Taiwanese society in the early 2000.” (I-lin Liu)

““Fireworks” is a true masterpiece of Japanese and international cinema, a film that highlights Kitano’s prowess as an overall artist, and must-see for everyone.” (Panos Kotzathanasis)

“In the end, “Like Someone in Love” is a delightful film by Abbas Kiarostami, a reflection on ideas such as relationships, love and jealousy, as well as the modern urban landscape.” (Rouven Linnarz)

““Lowlife Love” is a film about the making of films, about dreams and ambitions as well as what happens if this passion is put to the test of reality. Featuring strong performances, especially Kiyoshi Shibukawa in the lead, and a dry sense of humour in its script, “Lowlife Love” manages to hit the right tone when it comes to portraying an industry whose reality often challenges the dreams of some many of us.” (Rouven Linnarz)

“Evidently, “Moebius” is a very difficult film for somebody to watch, a fact stressed by its obvious low budget.[…] However, if one were to surpass the shock, he would discover a true masterpiece of the grotesque.” (Panos Kotzathanasis) 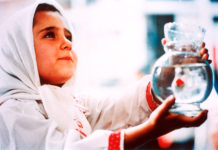